The 1970s birthed the beginning of film poster aesthetics that are still very much in use to this day, mostly herald by the growth of home video. We began to see beautiful hand-painted film posters, photographic compositions and textual flares that carefully balanced the movies message.

These poster that were created during the 1970’s and 1980’s are an important part of art history, especially when you understand that more people see films posters than they do actual art, in their lives. People usually spend less than a minute looking at posters, but the very nature of erotic art lends itself to a deeper discussion about the primal nature of our lives. These Exotic Movie posters of the 70s & 80s are the lesser seen artworks, that were hidden away, or kept under the counter, so as to not upset the general public. Are they crude? Are they creative? As with all art, it’s very much in the eye of the beholder.

(We don’t find breasts offensive here, but some of you might! So this is a warning that there may be images here that some people may find offensive. You have been WARNED!) 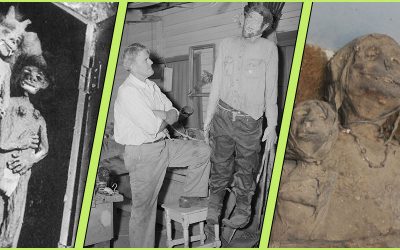 From Devil Boys and Fish Girls, to Mummified Things of Horror!

Looking at the Nightmares that will leave your blood cold

“Hello Horror Fans – I love film posters, and these more underground, lesser seen, designs are pretty spectacular. The hand illustrated ones are more amazing, just through the sheer effort that went into a design, that advertised a film that may have had a very narrow market. Anyhow, keep safe…until next time.