If you have to say one thing about George Millers next installment of his Mad Max series, is that it certainly stays true to the original films. The Aussie based, dystopian future series, see reluctant hero Max, caught up in a series of dangerous situations, chased by petrol head gangs and roving marauders. Original portrayed by Mel Gibson, the latest installment see’s British talent Tom Hardy playing Max, as he teams up with a up with Imperator Furiosa and her group as they flee across the wasteland.
I decided to take in this film in a early AM viewing, to which I had the whole cinema to myself. I often find that it’s better to enjoy a film with out the distractions of other people, so I always choose a peak viewing. However, from the moment the titles filled the screen, i was enthralled. There was simply not a single moment after this where there was time to be distracted, as Mad Max is two hours roller-coaster ride of action and mayhem. Mad Max : Fury Road is a furious, petrol head, action–adventure horror , that’s non-stop action from beginning to end. Take a deep breath, because things are about to get Mad!

It’s been 30 years since we last saw a Mad Max film. The series last film Beyond The Thunderdome was released way back in 1985 with a $12 million budget and a 107 minute run time. Fury Road, the fourth part in the Mad Max series, has a $150 Million budget, running at 120 minutes. It’s fair to say that Fury Road is bigger and better in just about every way.

With Fury road, Miller explores a different aspect of his future world. Where previous films saw people fighting over commodities such as oil, here we see Warlord Immortan Joe and his army of War Boys chasing Max and Furiosa across the irradiated Wasteland , to recover a group of escaped slaves. It’s a different approach to the series, and a most welcome one that adds a much missing human element to the series. In a world were material possessions are openly fought over , to see human life’s importance highlighted in this way, gives you a sense of hope for this broken future.

As worthy successor to Humungus, the villain of the second Mad Max film, Fury see’s Masked Warlord Immortan Joe rule over his people of the Citadel. From high above in the mountains, he controls the water supply and feasts on “mothers milk” and fresh vegetation, whilst the people below starve and fight for the small offerings given to them. On a standard oil run to the near by Gas Town, designated driver of the War Rig, Furiosa , takes a detour, leading Joe to discover that she has taken his five wives with her and plans to escape with them. Joe orders his private army of War Boys and the two local towns to intercept and retrieve his missing “Property”.  Max , a prisoner of the war boys, gets caught up in the action and reluctantly agrees to help Furiosa.

The next two and a half hours is a heart racing, non-stop thrill ride, as Max and Co try to outrun the violent marauders hot on their tail. With enemies in front and behind, the relentless action and fast paced editing is a relentless forces of entertainment that will blow your mind. With a rich, drum and guitar based score blasting out over the incredible action, and it’s simply unbelievable cinematography, Fury Road is possible one of the biggest and boldest action films ever made.

It’s also really beautiful film. It must be tricky to make a movie shot in desert to be anything but sandy, but Miller has really pushed the visuals, leaving us with colourful thunder sandstorms and blue drenched night vistas, that just make your eyes want to cry. I actually found myself several times through out the film, taken aback at just how beautiful it is. The bright visuals and enormous amount of stunts and set pieces will leave you gob smacked.  I almost felt that there was so much going on that it’s almost impossible to take it all in on a first watch. I belive a second, maybe even a third would be enough to soak in all the action.

Some people may mourn the loss of Mel Gibson in his iconic roll, however Tom Hardy’s Max is still the same character. Miller had never intended Fury road to star an older Max, he was to be the same contemporary character from the other films. Hardy’s Road Warrior is man of little words, and when he does speak, his accent is a little dodgy, however this is a minor gripe on an otherwise brilliant performance.

Whilst Hardy’s Max is on the title of this film, it’s Charlize Theron outstanding performance as Furiosa that deserves to be applauded. This one armed, kick ass, driver, is certainly the biggest highlight of the many characters in this film, leaving the rest of the cast way behind in her dust trails. Theron throws all that she has into the character, showing real emotions and a strong determination, it is truly a treat to her redeem herself after the disappointing performance in Prometheus. As a female lead, Furiosa is way up there with kick Ass action stars such as Ripley from Aliens and Alice from the Resident Evil films.

To quote Robert Rodriguez, in a QnA with Fury Road Director George Miller, ” how the hell did you make this?”. I don’t think I could sum up this film any better, as Mad Max is simply the biggest boldest and most beautiful I’ve ever seen. The action is thick, fast and relentless. If you thought, like I did , that you’ve seen all the best bits in the trailer, think again. The Entire film is just one big action sequence after another. The sound track is amazing, thumping away , almost in a diegetic manor, as the action spills on screen. The entire cast is brilliant and the whole films is just one big visual treat. If you have not seen this film yet, get out and see it now whilst it’s still in the cinema. And if you have seen it, go out and see it again. Try it in 3D as you’ll thoroughly enjoy it. Spray your teeth silver, breath in the fumes…get MAD! 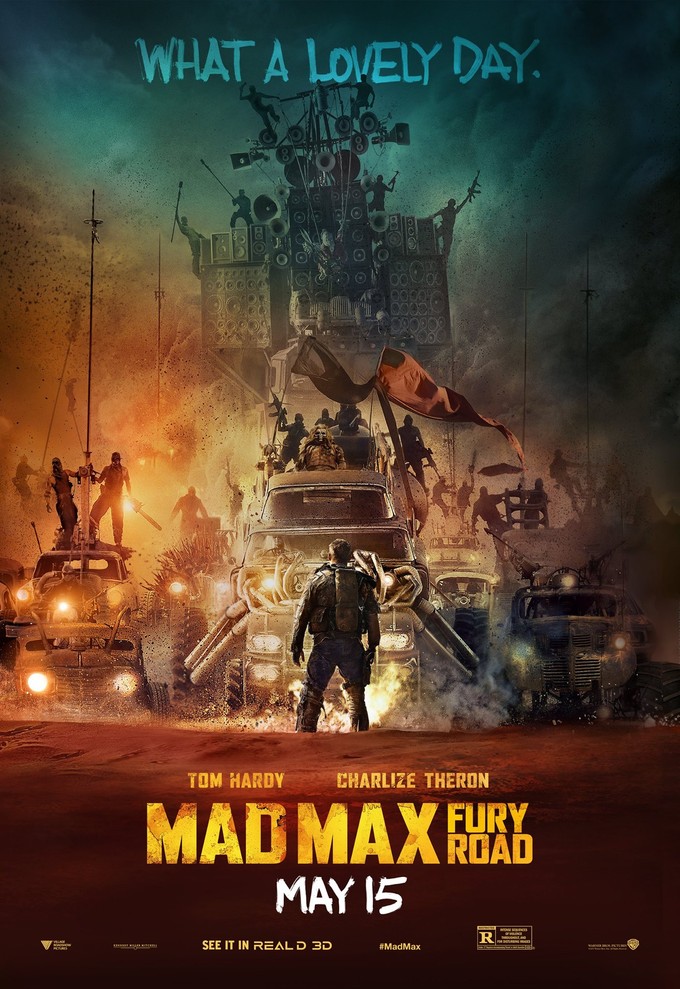 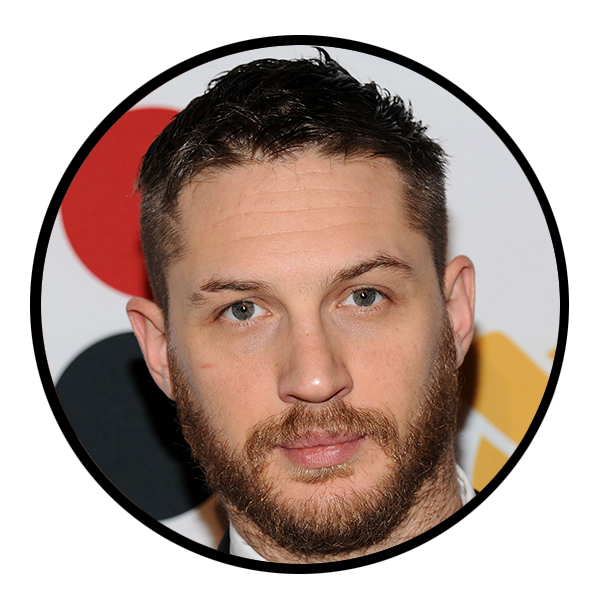 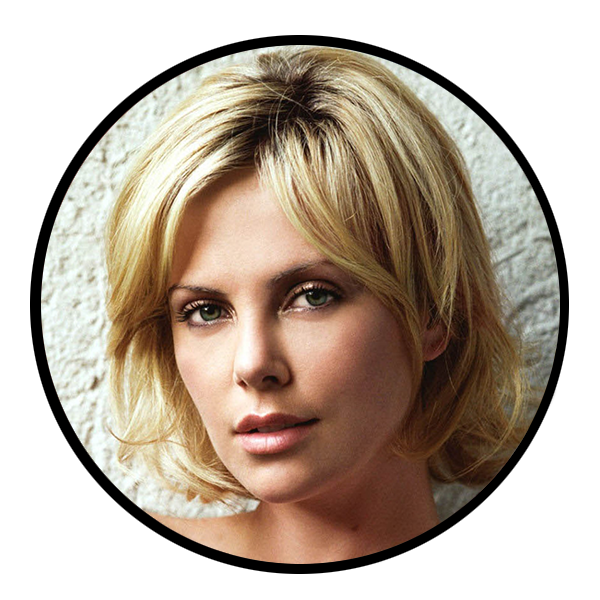 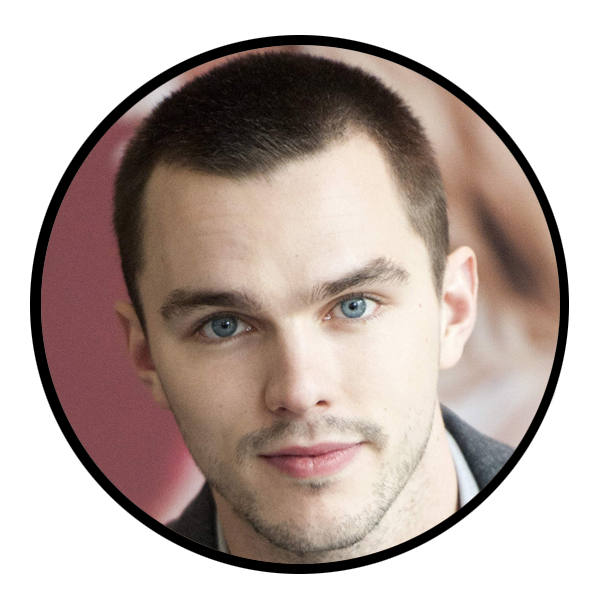