As memorable villain go, being a 30”, talking cabbage patch doll is a pretty neat way of standing out amongst the crowd. In between your serial slasher and Cenobite, you have Good Guy Chucky, the infamous Lakeshore Strangler. For almost three decades, Chucky has been a staple of the horror community, starring in 6 films and dozens of comic books. With a 7th film due for release, we look at the original film, it’s creators and see why we love and hate the ginger haired living doll!

The Franchise was started back in the 1980’s when Don Mancini was planning a dark satire on how toy marketing and merchandising affects children. It was whilst he pondered this film, that he realized that no one had ever made a movie centred around a killer doll.  The script at was vastly different at the time, called Blood Buddy, and Charles Lee Ray never appeared, instead the Good Guy Dolls had a neat feature that meant that rough play would make them bleed, and in a supernatural play on a blood ritual, Andy and “Buddy’s” blood mixed, animating the doll. In this early version, it was Andy’s disturbed psyche that sent the doll on a killer rampage. Buddy came alive at night and murder people Andy hated. This early script toyed with audience a lot more, making them wonder if Andy was actually the one doing the killing, an element that we saw briefly with the final film and the death of Aunt Maggie (The footprints on the countertop could have come from either Andy or His Good Guy).

When Tom Holland came on board, he hired writer John Lafia for a re-write of  Mancini’s script, and this is where Charles Lee Ray was introduced, to give more of a backstory to the central villain. In this final version of the script, Charles Lee Ray is a serial killer who is shot and cornered by police in a small toy store. Trapped and quickly succumbing to his wounds, he uses Voodoo magic to save himself. He chants a ritual that transfers his soul into a nearby Good Guy Doll. The now possessed doll is given to young Andy Barclay as a birthday present and it’s from here that Chucky goes on a killer rampage in the goal of escaping his new body.

Early on in production, Chucky was voiced by actress Jessica Walter, but it was feared that Chucky came across as too camp, and it made him much less scary than he should be. It was decided to bring back Brad Dourif, to shoot ADR for chucky. Since Dourif had shot early scenes, where he played Chucky’s human counterpart, Charles Lee Ray, it made much more sense to bring the actor back into the fold. To get into the right mood for Chucky, Brad Dourif, would run around the studio and get himself into a frenzy, before delivering the lines. His grisly angry tones fitted perfectly and Chucky was finally “born” on screen.

Whilst Brad Dourif played the lakeshore in the flesh, it was Kevin Yagher who really brought Chucky to life. Using (what was state of the art at the time) animatronics puppets, Yagher an his team pushed the boundaries of what was possible to get as much movement and expression as possible, giving the killer good guy the personality needed. Some of the more complex animatronics required nine puppeteers all working to get a performance from the doll.
Child’s Play was released on November 9, 1988, and it opened in the number one spot that week and blew the other 12 films out of the water. The film success continued world wide, where the film grossed more than $44 million against a production budget of only $9 million. This silly little film about a killer doll, spawned a further 5 films, generating over $250 million. Money aside, its also one of the few big horror franchises of the 80s that has never been reboot. Nightmare on Elm Street, Halloween, Friday the 13th and even Hellraiser, have all fallen fowl of the dreaded re-make. Child’s Play has continued the franchise going, with Brad Dourif, Jennifer Tilly and Alex Vincent all returning to reprise their roles. Undoubtable director and writer, Don Mancini has helped in keeping the series linear, as he has written every single film in the series. With a Seventh film launching in 2017, The Cult of Chucky, the series seems to not be losing any steam.
Child’s play is a slasher movie that dared to do something different, it gave us a villain who was not strong or invincible, he was psychopath stuck inside a kids toy. And our heroes were not skimpily clad teens that were screwing around, drinking and lumbering around in the dark, they were a mother and child, caught up in something neither of them could comprehend. Child’s Play brought horror home, almost like a home invasion movie from the inside out. Chucky’s was the ultimate trojan horse and the horror gripped us all and never let go. Child’s Play is a unique and well structured film that keeps audiences on the edge of their seat.

Chucky is not the first, i’m pretty sure he wont be the last, doll to become possessed, but it’s his quick wit, fierce temper and love for foul language which really sets him apart. Despite his obvious limitations of size, he never lets that get in his way, and it’s his pure determination and fury that just keep these movies going. No matter the odds, Chucky will find a way! 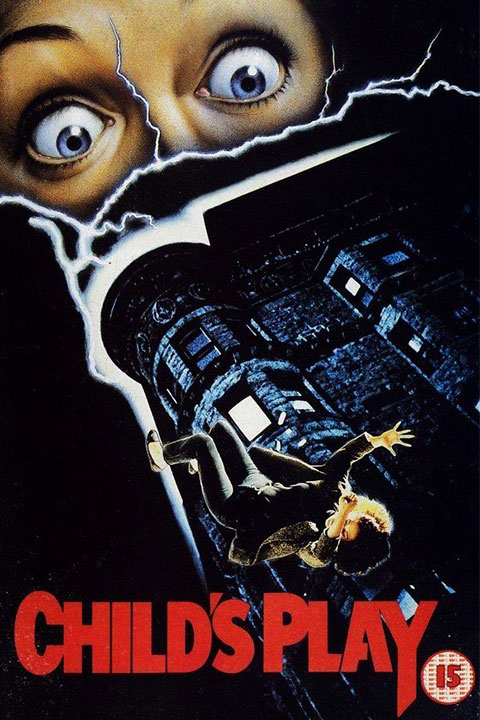 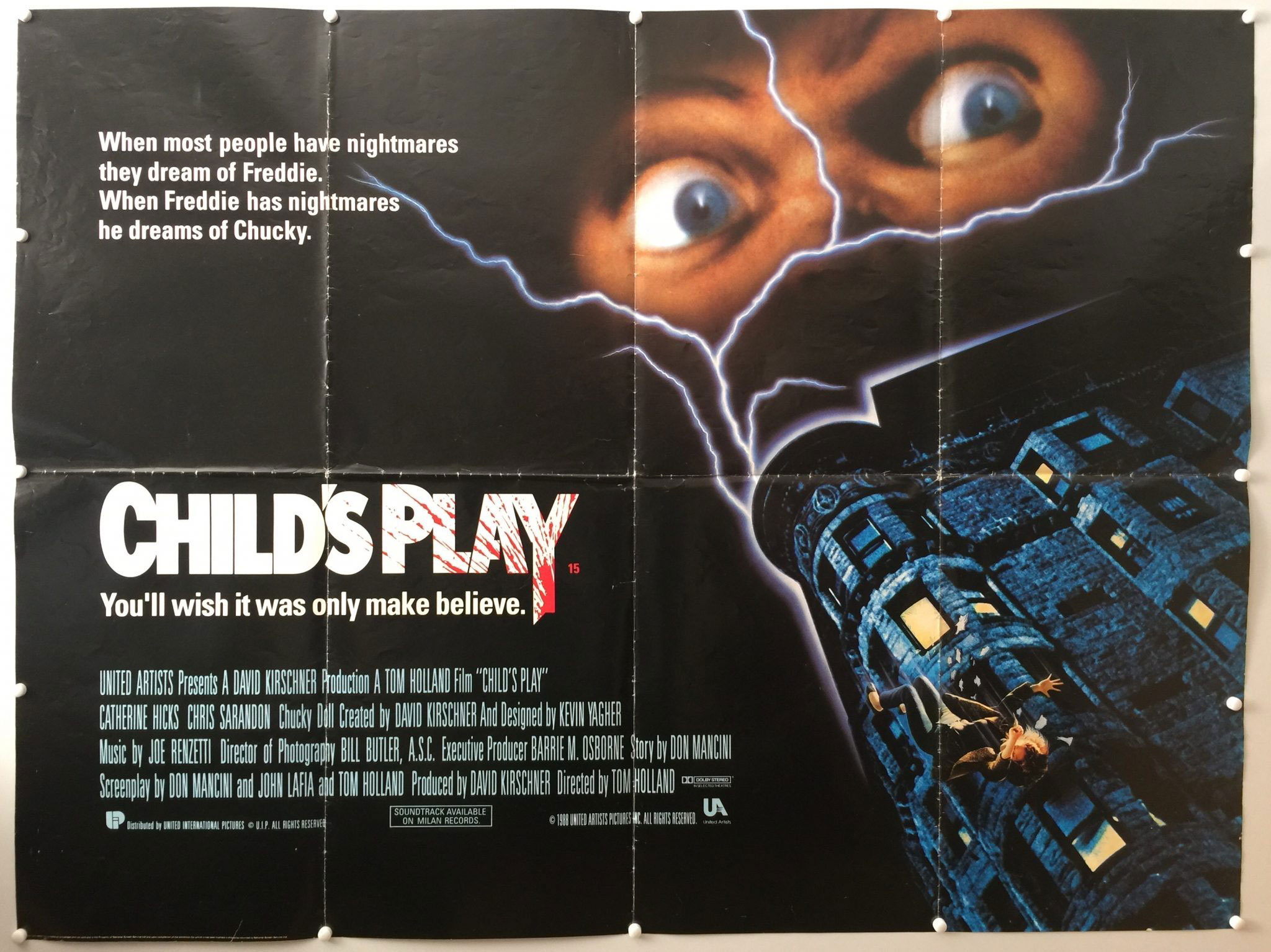 Chucky Returns in’The Cult of Chucky’, released on VOD, DVD and Blu-ray on 3 October 2017.
Other Articles

Don’t lose your head! Here’s a list of the most horrifying decapitations in horror.

“Hey Horror Fans – It’s Morti here with some cool BONUS stuff for you. Did you know that the original films cut was close to 3 hours long. After several test screenings and a lot of clever editing, the film arrived at its final presentation of 1 hour and 28 minutes. The cut scenes have never seen the light of day outside of the screenings, but you can see images from original press releases and leaks over the years.

The film also had a gaudy theme song, that was to play over the credits, much like Tom Holland’s Fright Night, but the song was ultimately cut. Check It out below.

Hit me up in the comments below about your memories and thoughts on the original Child’s Play, or any of its sequels, and I’ll see you soon!”