Dead by Daylight is one of my favorite horror titles, and this gloriously dark title will be heading to next-gen gaming consoles when they launch in the next couple of weeks. The asymmetric survival horror video game pits four players against a killer, with the task of survival or, if your playing as the killer, total annihilation. With many characters to play as, including licenced characters such as Michael Myers, Freddy Kruger and Ghostface, the game has been a huge hit for gaming and horror fans alike.

Developers Behaviour Interactive have been slowing updating the games graphics in a phased transition called The Realm Beyond project, which aims to have updated everything by 2021, in time for Dead by Daylight’s 5th Anniversary. These graphical updates are going to be the bedrock for next-gen gaming and you’ll see the upgraded version of the game supporting 4K resolution at 60 fps. The game will also include cross-play across all of its available platforms, as well as the ability to transfer saved progress from current-gen consoles to their respective next-gen upgrades.

The game will arrive on Xbox Series X and Series S on November 10th, and on PS5 from November 12th

Check out the new trailers below!

You can meet me, Lallen, in the fog over Steam, or check out my streams and videos over on youtube.  Let us know your thoughts on DBD in the comments below or on Facebook, Twitter, or Instagram! You can also carry on the convo with me personally on Twitter @Lallen_UK 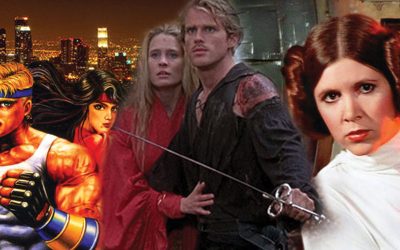 In media, such as film and video games, the view of female characters has long since been an uneven one, with one of the biggest tropes being “Save the Princess”, a misogynistic story type that portrays the “princess” as a helpless woman in need of aid. Wherever... 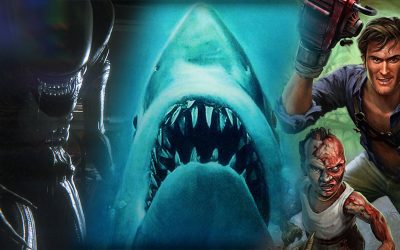 Being a huge video game fan, I've often marveled at how developers adapt films into immersive, entertaining and exciting games. It can't be easy taking a complex character driven film and turning it into a compelling video game? And yet, every year, that's just what...