The famed poet and writer Jorge Luis Borges once said “The certainty that everything has already been written annuls us, or renders us phantasmal.”, and so it is that we often find similar stories or familiar surroundings dropping into modern films. It just so happens that both story and surroundings for Lionsgate’s Escape the Field sound wholly familiar.

Co written and directed by Emerson Moore, the upcoming horror film centers on a group of people trapped inside an endless cornfield. The synopsis reads:

“The fear is inescapable and the suspense nonstop in this gripping horror-thriller about six strangers who suddenly awaken in a remote, endless cornfield. Stripped of their possessions, they are left with only six items: a gun with a single bullet, matches, a lantern, a knife, a compass, and a flask of water. As mysterious sirens blare in the distance and traps appear at every turn, the group realizes it’s been plunged into a cat-and-mouse game with an unseen evil, and survival depends upon solving a diabolical — and deadly — puzzle.”

Here’s another synopsis, from the 2019 Netflix & Stephen King (and son) mash up In the Tall Grass.

“After hearing a young boy’s cry for help, a sister and brother venture into a vast field of tall grass in Kansas but soon discover there may be no way out…and that something evil lurks within.”

Folks getting Stuck inside an endless filed of corn, it certainly seems that all originality on Escape the Field was sucked out the moment pen hit paper on the script.

For more reference, Stephen King has always had a fascination about corn fields and tall grass, with them popping up in a many novels and short stories. Mother Abigail lives on a farm house surrounded by corn in The Stand. Sharing Abigail’s location Wilfred James from King’s novella 1922, also lives on a corn farm in Hemingford Home, Nebraska. And the children of the fictional town of Gatlin, Nebraska, like on an agricultural community surrounded by huge cornfields, in Kings Children of the Corn. In the Tall Grass is a similar affair, with along filed of green grass filling in for King’s usual corn. Directed by Vincenzo Natali and based on Stephen King and Joe Hill’s 2012 novella of the same name, the film sees a group of people stuck in an endless corn field hunted by some sort of entity.

Tastelessly named, Escape the Field seems to follow the same story, just with a few weapons thrown in (I’m assuming for fans of The Hunger Games or any number of replica styled “hunted” stories) and some traps… you know… cos SAW.

Props to BD for dropping the below poster, but I’m holding reservations on this one until it hits theaters and on VOD platforms May 6th 2022.

Don’t get me wrong, I love the creepy backdrop of corn fields. It’s just that this films certainly sounds like a mishmash of ideas stolen form other films.

What do you think? Could Escape the Field be a winner or a stinker? Let us know in the comments below or on Facebook, Twitter, or Instagram! Or head over to our Fans Page to join like minded horror fans. You can also carry on the convo with me personally on Twitter @Lallen_UK 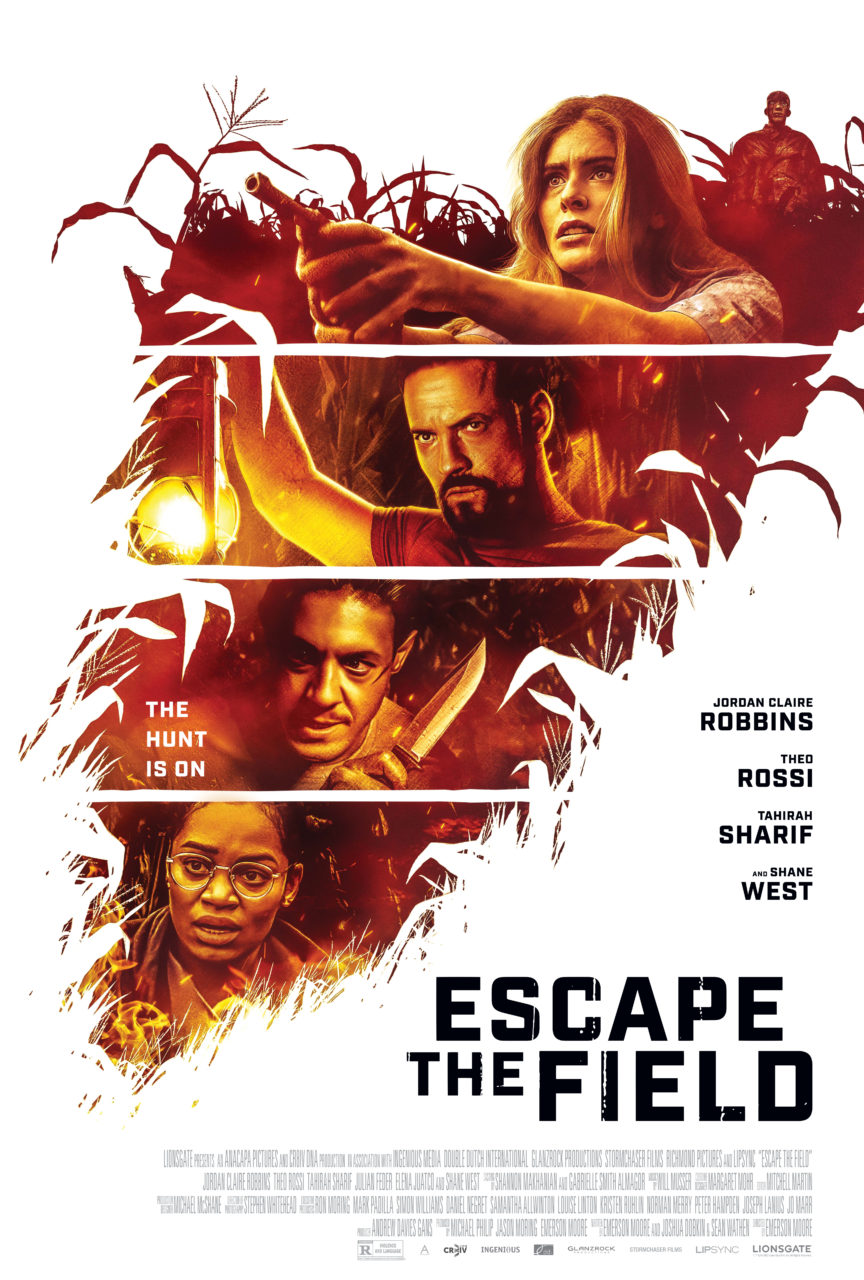 Much like the recent Halloween film, it seems that the Leprechaun series is going to be taking a few back steps to get the old engine running. Bloody Disgusting had an exclusive look at Lionsgate new feature 'Leprechaun Returns' as it heads...