You may already own copies of the original Hellraiser trilogy, but in come October, you may be looking to open the box once again, as the new Blu Ray release looks to tear your soul apart!

Currently on the market are a series of single or trilogy Blu Ray releases, however, they are only transfers from the DVD copy and with no special features. If your in the UK, there’s nothing at all, with importing your only option.

This is where the Scarlet Box comes in. The new Arrow Video release comes with brand new 2K restorations of Hellraiser, Hellbound: Hellraiser II, and Hellraiser III: Hell on Earth, along with a whole host of other goodies.

There is a new documentary looking at the evolution of the hit horror franchise, audio commentaries, a 200 page hardback book and early short films by Clive Barker. Enough to keep fans happy for sometime, with much more to be announced in the next few months. It will set you back around £50, with a limited print of 5k copies.

So put a note in your calender … 2K Hell will be opening on the 26th October , just in time for Halloween! 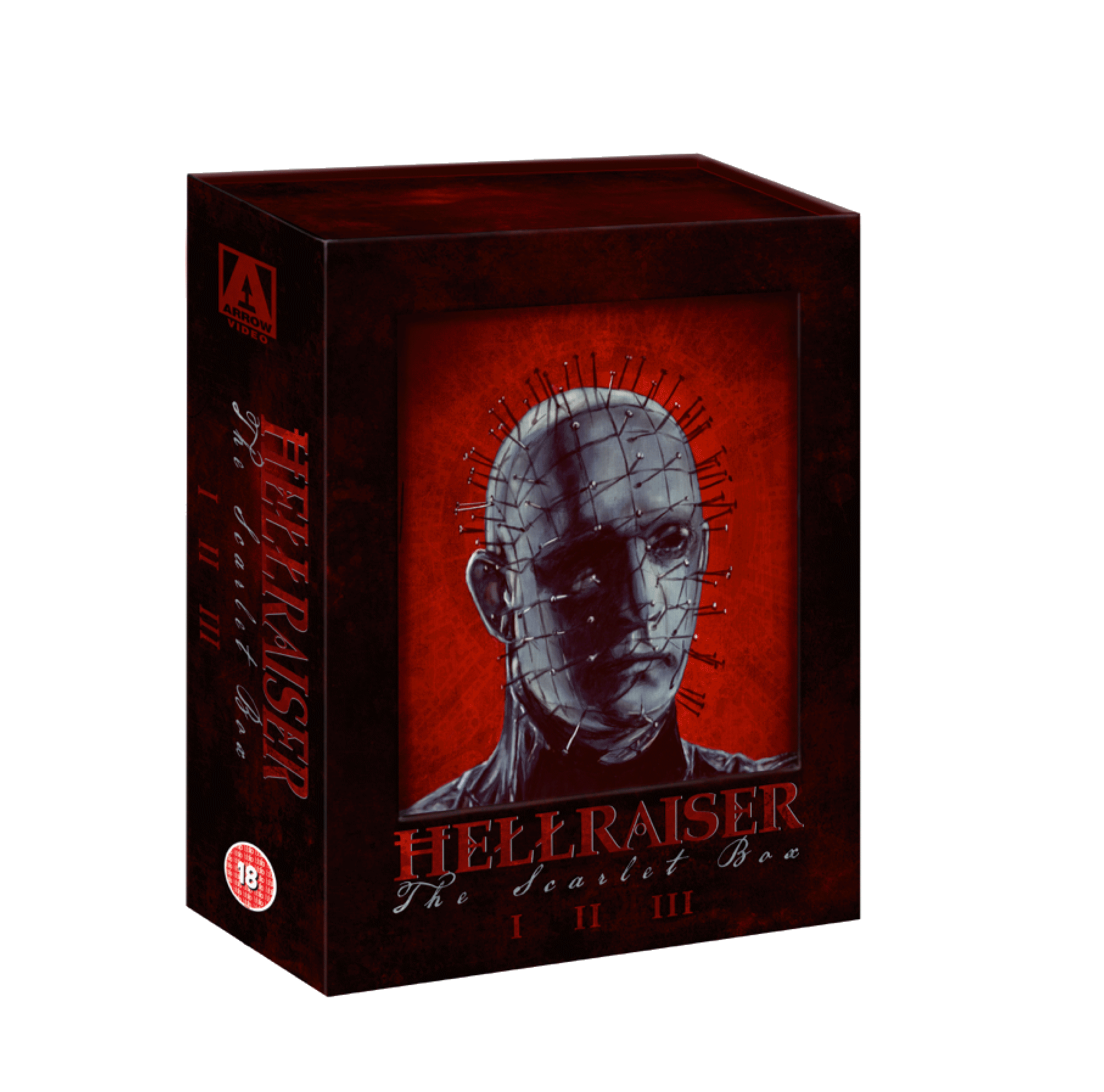