Oh boy are Syfy knocking them out of the park at the moment. Following off the back of the premier of Sharknado 3, Lavalantula premiered this past weekend, reuniting Police Academy stars,  Steve Guttenberg (Carey Mahoney), Leslie Easterbrook (smoking hot Sgt. Callahan), Michael Winslow (Larvell Jones) and Marion Ramsey (Laverne Hooks). And with the huge success of the Sharknado films, Syfy are looking to franchise the lava loving spiders too. Lavalantula 2 : 2 Lava 2 Lantula (2fast 2furious) has been green lit and looks to bring the stars of the original back once again!

Lavalantula pulled in 1.4 million viewers during its Saturday night premiere on Syfy, compared to the 2.8 million Sharknado 3 received. So you can see why they are keen to keep the momentum going. Hopefully a sequel will air sometime next summer along side Sharknado 4? Bring back Bobcat Goldthwait and I’ll love you forever!

Lavalantula is currently playing on Syfy. Set in the Santa Monica Mountains, where a set of ancient volcanoes erupt and spew out a bunch of giant tarantulas that breathe lava. It’s up to washed up Guttenburg and crew to save the day! The supporting cast includes Nia Peeples, Danny Woodburn, Ralph Garman, Marion Ramsey, Jon Mack, D.J. Pierce and Patrick Renna. 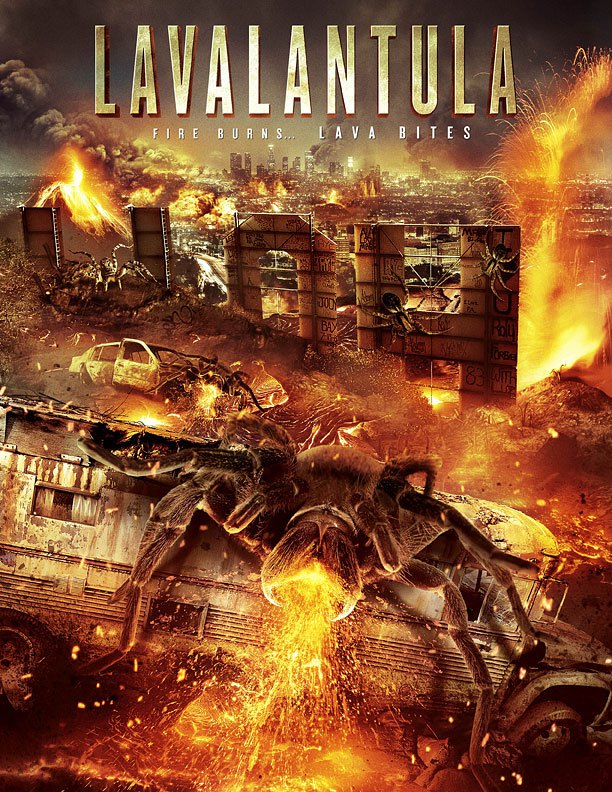