Just in case you may have forgotten that there’s a new Halloween movie coming this year, the Blumehouse team have dropped a poster, showing off their new look Michael Myers. Written by David Gordon Green and Danny McBride and directed by Green, the new film will be a sequel to the original Halloween, with Myers returning to Haddonfield to once again confront Laurie Strode. With Jamie Lee Curtis returning as Laurie and  Judy Greer playing her daughter Karen Strode, the film sounds like it could be something special.

The new mask in the poster is supposed to be the original mask used in the first film, just aged a fair few years, hence it’s appearance. Yep, ol Micky squirreled that bad boy away for 40 years.

Other cast members include Will Patton, Nik Castle, Andi Matichak and Omar J. Dorsey the film will be in cinemas on October 19th , in plenty of time for Halloween. 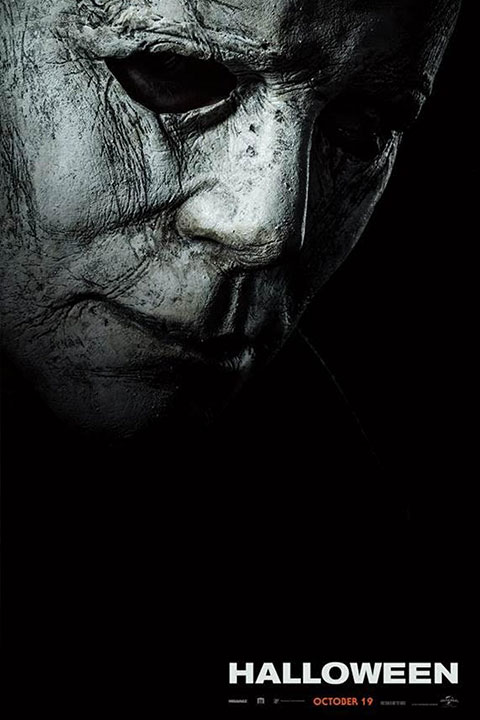