Ladies and Gentlemen, let me introduce to your a travesty of men and gods, a twisted being of pain and pleasure. A creature of despair and suffering. No..im not talking about the infamous cenobite Pinhead, i’m talking about the the new actor playing him. Paul T. Taylor, who is surely feeling enlightened and yet horrified at his steps into one of the most icon and original horror roles ever created.

As I reported last month, special effects artist, Gary J. Tunnicliffe is turning a kickstarter script into a direct to video sequel with yet another actor stealing the iconic role.

When we heard that they were making a new Hellraiser movie, the big question on everyone’s lips was whether or not Doug Bradley would be returning. But after a very public breakdown of communication, Bradley stepped down and the position was opened up for someone else to fill. That someone was Taylor, who’s performance could shape the series moving forward.

As you can see form the recently released poster, he looks pretty awesome, in a grungy photoshopped manner. I for one am looking forward to seeing some footage of him in action. Although I have no faith in director Tunnicliffe, who’s kickstarter page was filled with amatuer video footage and an awfully written script. Even this poster looks.. cheap. 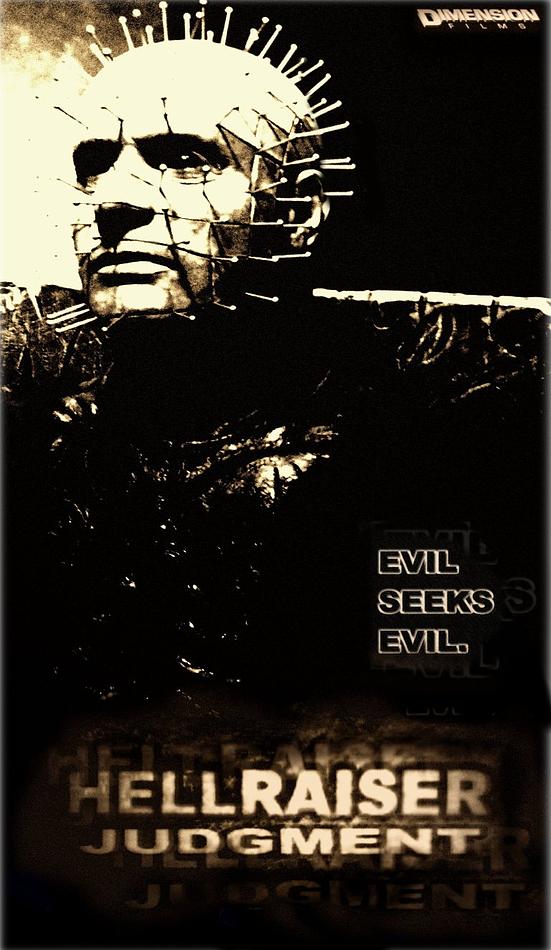 No matter how good or bad he is, it’s still a travesty that Doug Bradley’s role has been recast, yet again, and this time it could be permanent.

Do you think the new Pinhead looks awesome or stupid? Share with your friends and leave us a message in the comments below.