We already had a reveal of what Bill Skarsgård looks like in Pennywise make up, his chilling cracked face paint and yellow eyes already enough nightmare fuel to keep us up at night,  but now EW has revealed the full costume and I’m terrified of what they have created.

“Want your boat, Georgie?’ Pennywise asked. ‘I only repeat myself because you really do not seem that eager.’ He held it up, smiling. He was wearing a baggy silk suit with great big orange buttons. A bright tie, electric-blue, flopped down his front, and on his hands were big white gloves, like the kind Mickey Mouse and Donald Duck always wore. 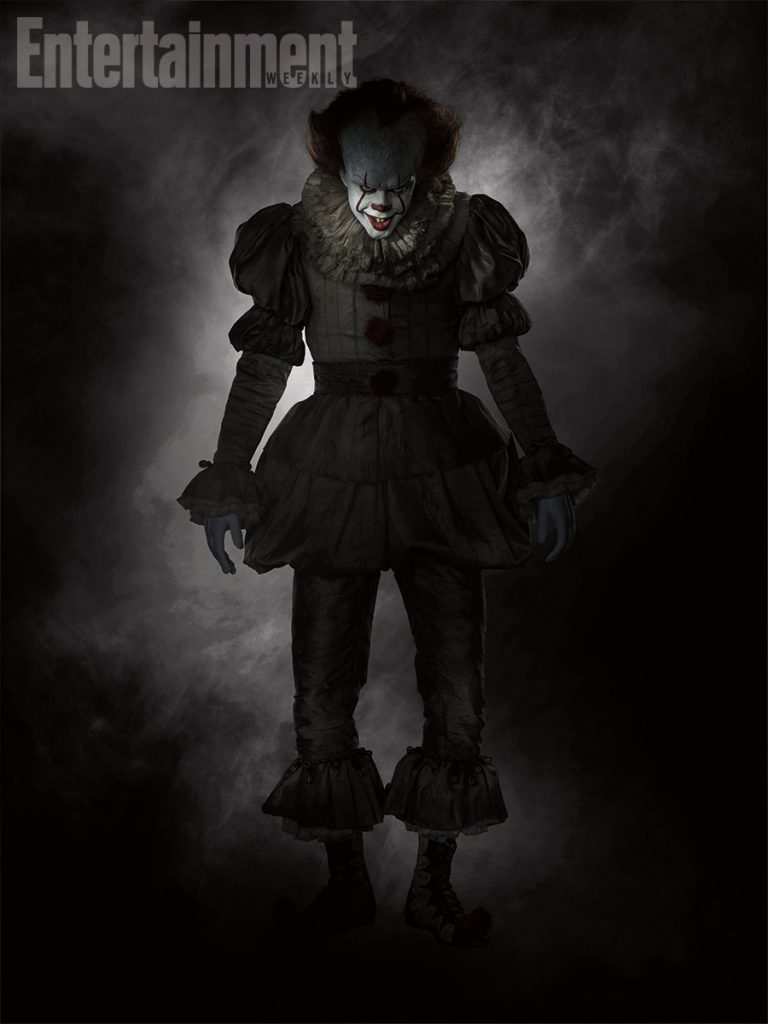 This is not the clown that Tim Curry brought us in 1990, with his baggy yellow suit and purple ruff. This is not the type of clown you might see at a circus. This is some sort of victorian, china doll nightmare come to life. The muted colours, exaggerated shoulders and horn shaped hair, Emmy-winning costume designer Janie Bryant (Mad Men, Deadwood) has dived deep into history, creating a victorian styled costumed that is as intimidating as the clown wearing it.

Remember that IT is not a clown, It just chooses to take that shape. It is older than the universe and has been on earth for a very long time, since even before man. and it’s grown accustomed to hunting it’s prey, walking amongst them, feeding the fear. It’s favorite form is this clown, and in this version that Bryant has created, IT has borrowed bits of style over the centuries to create this form.

“The costume definitely incorporates all these otherworldly past lives, if you will,” Bryant says. “He is definitely a clown from a different time.” 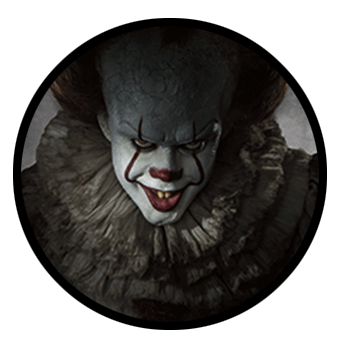 “That pleating is actually Fortuny pleating, which gives it almost a crepe-like effect,” Bryant says. “It’s a different technique than what the Elizabethans would do. It’s more organic, it’s more sheer. It has a whimsical, floppy quality to it. It’s not a direct translation of a ruff or a whisk, which were two of the collars popular during the Elizabethan period.” 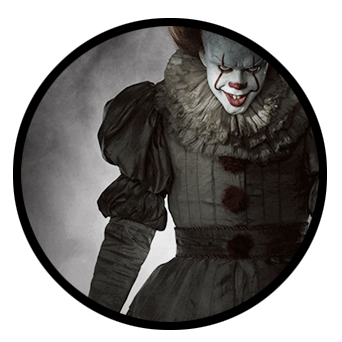 “If you look at the sleeves, there are the two puffs off the shoulder and biceps and again on the bloomers, I wanted it to have an organic, gourd or pumpkin kind of effect,” 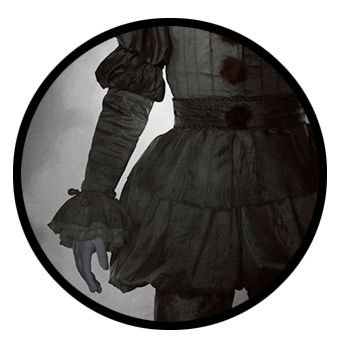 “There is almost a doll-like quality to the costume,” Bryant says. “The pants being short, the high waistline of the jacket, and the fit of the costume is a very important element. It gives the character a child-like quality.” 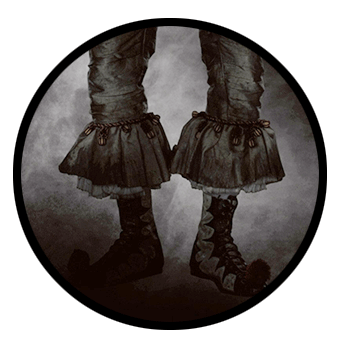 “The pompoms are orange, and then with the trim around the cuffs and the ankles, it’s basically a ball fringe that’s a combination of orange, red, and cinnamon. It’s almost like Pennywise fades into his environment. But there are accents to pull out the definition of the gray silk.”

As you can see, this is not a bright and cheery vision such as the clown from the 1990 miniseries, this is dark, mysterious creature brought to life. It’s muted colours and historic garments make it otherworldly. in 1986 Stephen King Created a monster, but it;s taken 30 years for it to finally come to life. I for one won’t sleep tonight…

They float,’ the thing in the drain crooned in a clotted, chuckling voice. It held George’s arm in its thick and wormy grip, it pulled George toward that terrible darkness where the water rushed and roared and bellowed as it bore its cargo of storm debris toward the sea. George craned his neck away from that final blackness and began to scream into the rain, to scream mindlessly into the white autumn sky which curved above Derry on that day in the fall of 1957. His screams were shrill and piercing, and all up and down Witcham Street people came to their windows or bolted out onto their porches.

They float,’ it growled, ‘they float, Georgie, and when you’re down here with me, you’ll float, too–’