Predator 5 is Happening With Disney!

One of the biggest questions us horror fans had about the Disney’s acquisition of FOX’s entire back catalogue was how the mouse house would handle R/15 rated films. Well, that has been answered with the announcement that Predator 5 is going ahead.

Deadline announced that 20th Century Studios has engaged 10 Cloverfield Lane director Dan Trachtenberg to direct the next film. However, according to Trachtenberg, he has been working on this project for the last four years, meaning that it pre-dates Shane Black’s The Predator, which only came out in 2018.

This was meant to be a surprise. Been working on this for almost 4 years now. I am very sad that what we had in store for how you could discover this movie will no longer happen. It’s a bummer. But also…YAY! https://t.co/pKWz9tDAEB

From his tweet, we can see that he had plans of announcing the film in a similar fashion to how 10 Cloverfield Lane was release, that film being a secret Cloverfield project that was only confirmed when it’s trailer hit. The great news is that it’s an existing FOX project that Disney have greenlit, so that’s awesome.

Deadline also note that the film will not be connected to 2018 film, being it’s own sequel. More news as it appears!

Are you excited about a new Predator film? Let us know in the comments below or on Facebook, Twitter, or Instagram! You can also carry on the convo with me personally on Twitter @Lallen_UK 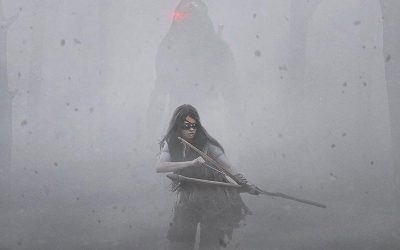 The origin story of the Predator in the world of the Comanche Nation 300 years ago. Naru, a skilled female warrior, fights to protect her tribe against one of the first highly-evolved Predators to land on Earth. Starring: Amber Midthunder, Dane DiLiegro & Stefany... 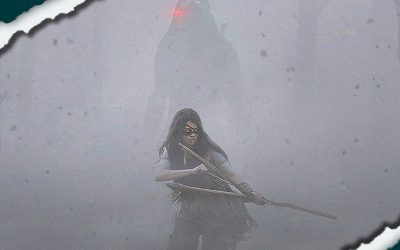 Disney has finally lifted the lid on it's first horror franchise attempt, as it drops a name and date for Predator 5. The mouse house picked up the film series when it absorbed FOX's back catalogue last year, and whilst it was very open on the development of the next... 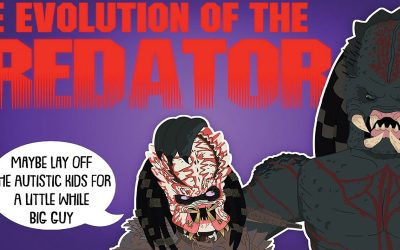 The Evolution of The Predator (Animated)

The Predator franchise has certainly encountered its fair share of ups and downs since it's first inception in 1987.  The franchise has seen sequels and reboots that have attempted to take the series in ambitious new directions, and with each new film, the...