The upcoming Hellraiser reboot producer, David S. Goyer, has teased fans by saying that the new film features some “jaw-dropping” first footage. The new film will be heading directly to Hulu when it’s summoned at some point in 2020, but despite not getting a big screen release, director David Bruckner is still keen on creating something visionary.

Hellraiser is a 1987 British supernatural horror film written and directed by Clive Barker, based on his novella The Hellbound Heart. It weaves the story of , the Lament Configuration puzzle box, which when solved opens up a door way to an extradimensional realm and its sadomasochistic rulers, the Cenobites. There are currently 10 films in the series franchise, but fans have been pretty disappointed with the offerings since the 2nd film. We are all hoping that Bruckner, who most recently directed The Night House, has the the skills to make a film that will terrify and amaze.

With the filming of the reboot well underway in the heat of Serbia, Goyer has nothing but praise about the footage caught so far. Speaking with Collider, Goyer remarked

“We’re literally in the midst of filming it right now… I will say that we went back to the original novella for the source material, we’re really honoring Clive’s work. I can say that David Bruckner is a genius. It’s filming right now. The footage is terrifying and amazing, and the Cenobites are jaw-dropping.”

Breaking this down a little, it seems that series may very well be going back to the films routes, with much more emphasis on story and atmosphere than the crazy visual and long drawn out dialogues of the series later films. For fans of the series, they should be very excited to hear that the Cenobites are visually stunning, as they are an integral part of why folks love the series so much. Pinhead, the de facto leader of the Cenobites, has been a major part of the series, and for years was played by British actor Doug Bradly. Whether or not Pinhead, or Bradley, will be making an appearance here is yet to be seen. They may even gender swap the character out.

Hopefully we’ll get to see some footage soon, until then, keep you hands of those Lament Configuration boxes and don’t forget to leave your thoughts below or on Facebook, Twitter, or Instagram! You can also carry on the convo with me personally on Twitter @Lallen_UK 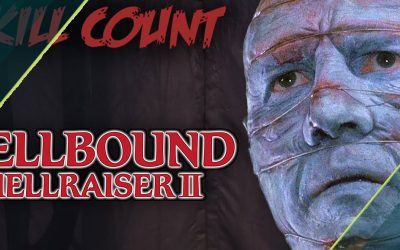 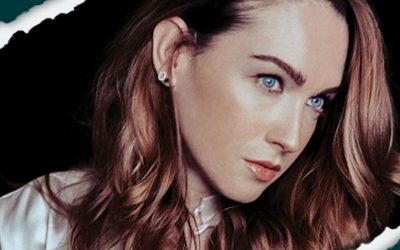 The rumors that the new Hellraiser film would include a female Pinhead proved to be true, when Jamie Clayton was cast as the lead cenobite. In the wake of this news, Clayton jumped onto social media  with a video showing the process involved in her casting for...