Promo Poster for the New ‘Halloween’

Writer/director David Gordon Green and co-writer Danny McBride are hoping to make Michael Myers scary once more. And whilst the gruesome twosome are busy putting together the script for the new Halloween movie, Blumhouse film studio have already started promotion, with the launch of this promo poster. Collider caught the new designs at the annual Licensing Expo and snapped a few pictures of the artwork. 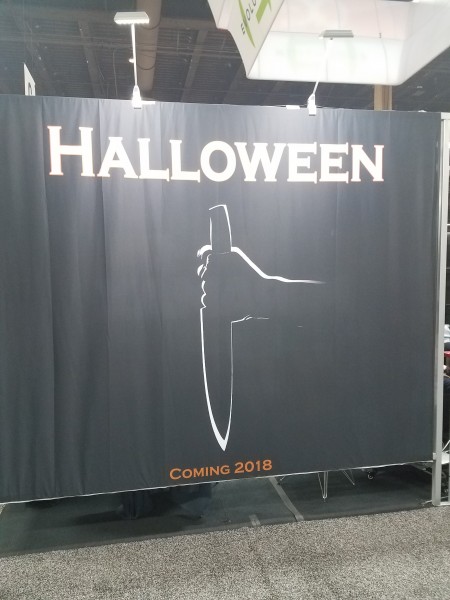 The minimalistic design is not exactly mind blowing, but it captures a the essence of Myers, a hand with a large kitchen knife, much like the original poster artwork.

No Casting news yet, but John Carpenter might be providing the film’s score and will also executive produce. Malek Akkad, son of original series producer Moustapha Akkad, is producing for Trancas and Jason Blum producing for Blumhouse.

First promo poster for the new HALLOWEEN movie echoes the original’s poster with a few changes.
via @Collider pic.twitter.com/3dqbxzDn98

Halloween will be out October 2018.