Just when you thought that you could not take any more remakes, Full Moon Features slaps you in the face with a big old pile of reboot fever, as it bows out of it’s franchise obligations to Puppet Master. Whilst the details are not all clear, it would seem that Di Bonaventura Pictures and Caliber Media have teamed to option rights with the idea to produce multiple storylines within a new universe, with Bone Tomahawk writer-director S. Craig Zahler already penning the first in the new series. No director has bee signed up yet, but a poster was released this week.

The original franchise focuses on a group of anthropomorphic puppets brought to life by an ancient egyptian magic. Each puppet was equipped with its own special weapon or talent and originally under the control of the “Puppet Master”  Andrew Toulon. When his wife was killed by the Nazi’s , Toulon turned his puppets against his enemies, and the little buggers have been killing ever since. In later episodes, and with a nicer master, they became good, especially when the franchise crossed over with the “Demonic Toys” films, and the toys went head to head.

“Littlest Reich” follows a recently divorced young man who discovers a mint condition Blade doll in his deceased brother’s closet and plans to sell the toy at a convention in Oregon celebrating the 30th anniversary of the infamous Toulon Murders. All hell breaks loose during the auction when a strange force animates all of the puppets throughout the convention, setting them on a bloody killing spree.

Fans of the series will be pleased that the World War II plot and the Nazis will still play a part in the series reboot, and the teaser reboot shows the outlines of Blade, Pinhead and Tunneller, so hopefully the toys will remain the same. 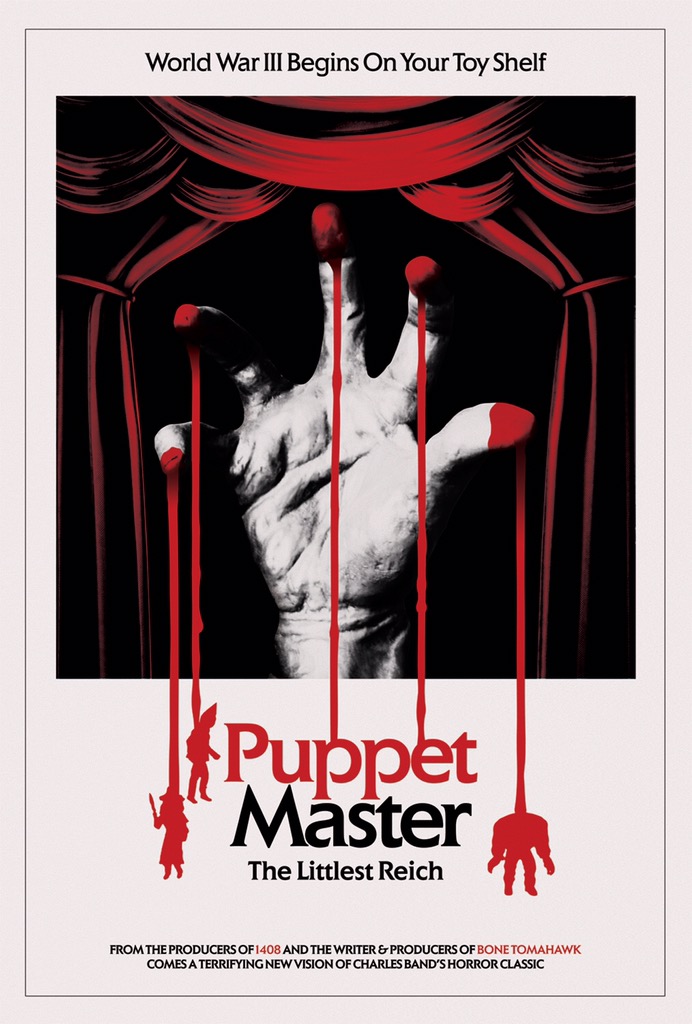