After years of teasing the return of Andrew Lincoln as Rick Grimes, it seems The Walking Dead film series is now officially dead! Producer Scott M Gimple reveled all this week as a brand new show is green lit for the franchise, which will replace the much talked about movies.

Lead zombie apocalypse survivor Rick Grimes (played by Lincoln) was originally tipped to return in a trilogy of feature-length movies which would have concluded the story for the character. The show dramatically dropped Rick from the roster in season nine, leaving it open for his return. Well, fans will not have long to wait as Rick is confirmed to return, alongside his partner Michonne (Danai Gurira) in AMC’s six-episode miniseries next year.

During this years San Diego Comic-Con, Scott officially announced the films had been scrapped, replaced by a new Rick and Michonne-led show. Lincoln, Gurira, Gimple and AMC Studios president Dan McDermott took the stage at the weekend to announce the new series.

“This is a moment fans of The Walking Dead have been waiting for since Rick disappeared in the helicopter early in season nine, and Michonne journeyed away on a quest to find him the following season, What a great surprise for the fans at this final Comic-Con for the series that launched this universe and made television history. We couldn’t be more excited for a truly epic series finale later this year and to see Andy and Danai return in a new series they helped create, one of three new series coming in 2023 that continue the stories of so many iconic and fan-favorite TWD characters.”

“This has been the most extraordinary journey playing Rick Grimes for the best part of a decade. The friendships I’ve made along the way are deep and lasting, so it’s fitting that I finally get to complete the story with Danai and Scott and the rest of the TWD family. I’m so excited to be returning to the screen as Rick, reuniting with Danai as Michonne, and bringing the fans an epic love story to add to the Walking Dead Universe.”

“Michonne and this TWD family has meant so much to me, and to continue the journey of these beloved characters, alongside Scott and Andy, both creatively and in front of the camera, and bringing The Walking Dead fans something truly special is just glorious. I can’t wait to pick up the katana again.”

Viewers last saw Rick Grimes in season 9, as hew was whisked away by a mysterious helicopter, but presumed dead by his group. The next series, Michonne discovered that Rick may very well be alive and headed off to find him. Fans will at last find out what happened next…

I for one can’t wait!

Are you excited to find out what happened to Rick and Michonne ? Let us know in the comments below or on Facebook, Twitter, or Instagram! Or head over to our Fans Page to join like minded horror fans. You can also carry on the convo with me personally on Twitter @Lallen_UK 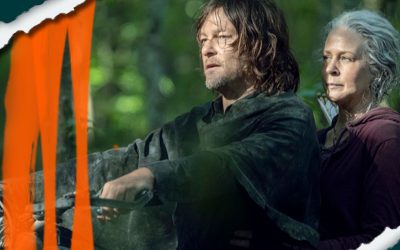 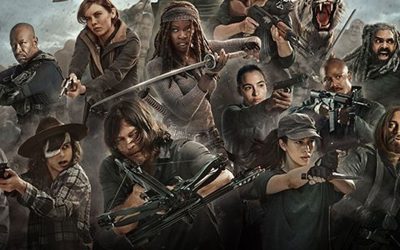 The Walking Dead Will End With Season 11

Holy cow zombie fans...The Walking Dead is ending after 10 years of tragedy, violence and gore. It was announced yesterday that the show ill be finishing with season 11, which will be stretched out over two years, with the season starting in 2021 and ending in... 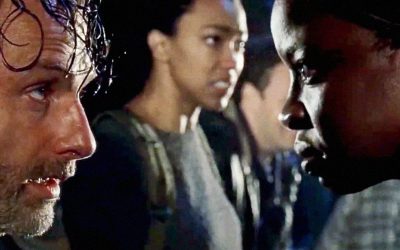 Will Michonne join Rick Grimes in ‘The Walking Dead’ Movie?

*Spoilers for the Latest Episode - Season 10 Episode 13 - What We Become (Duh!!!)* Isolation sucks, and no one knows that more than the characters of The Walking Dead that have weathered 10 series of the hit show. Actress Danai Gurira‘s had her very last episode of...