The new trailer for The Stand dropped yesterday giving us our very first look at the brand new take on Stephen Kings epic story of good vs evil admits a deadly plague. Being such a Huge fan of this amazing story, I wanted to drop a little trailer breakdown for you, picking out all the most important elements and what they mean for the CBS All Access limited series.

Welcome to New York. The opening scene shows off destruction and devastation after the plague hits. Whilst we might get glimpses of the world pre plague, the story is told in a non-linear storytelling method , which means that most of the story will be set after the destruction, with flashbacks to flesh out the characters story.

“I didn’t want to make an audience sit through three episodes of the world dying before we got to the meat of our story…  ‘The Stand’ has never been about a pandemic, but about the battle that follows between good and evil for the soul of what remains of humanity.”

Here’s our first look at James Marsden as Texan Stu Redman from Arnette, who is one of the first to become exposed to the deadly virus, after “patient zero” Charles Campion (a military guard at the base where Captain Trips was developed) crashes into the petrol station where Stu works. Stu, along with his entire town, is whisked away to a Atlanta, Georgia and the Centers for Disease Control. Here we see Stu escaping, after weeks of being imprisoned.

Henry Zaga plays Nick Andros, a death mute that finds himself in Shoyo, Arkansas When Captain Trips hits. The young drifter is beaten up by some local thugs but finds salvation in the kindly local sheriff who takes Nick under his wing and even deputizes him. Here we see him reading about the plague.

Larry Underwood and Rita Blakemoor, played by Jovan Adepo and Heather Graham, look out at the destruction of New York. The original miniseries bundled a couple of different characters together for their Rita, whilst it seems this version might be a little truer to the novel.

The Boulder Free Zone is a new settlement in Boulder, Colorado, formed by the followers of Mother Abagail. Here Stu Redman greets Larry Underwood, and it seems he was expected by Mother Abagail.

Here is Mother Abagail, played by Whoopi Goldberg. She is the manifestation of good through out the book. There are dark times ahead for her and the survivors.

The survivors are drawn to Boulder thanks to series of bizarre dreams, where they find themselves lost in the tall corn fields that surround Mother Abagail’s family farm of Hemingford Home, Nebraska. Though not all the dreams are good!

Stu Redman heads a meeting of the Boulder Free Zone. Whilst the survivors try to recreate some family forms or law and order, something dark is stirring in the west.

Lost in the corn, Odessa Young’s Frannie Goldsmith has long journey ahead of her. A college student from Ogunquit, Maine, she has one of the longest journeys in the novel.

Mother Abagail is haunted by one the “Dark Man’s” Minions. Wolves, ravens, rats and even weasels are under his command in the novel.

Not everyone dreams of Hemingford Home. A large portion of the survivors are drawn by dreams of the “Dark Man” Randall Flagg, played by Alexander Skarsgård. Here, we see him inviting someone to Los Vegas, which is where Flagg set up his new society.

Nick Andros’s journey to Boulder is not a smooth one. Staying true to the novel, here we see him wearing an eyepatch. During his experiences at Shoyo, Nick’s eye is gouged and he wears a pirate patch throughout the story.

Here is Owen Teague as Harold Lauder, who seems to be having some loyalty issues to the folks of the Free Zone. Flagg tries to woe him over to the dark side!

Flag visits the maximum security wing of the Phoenix municipal jail. Here we see him wearing one his classic badges, a smiley face badge.

Petty criminal turned murderer, Lloyd Henreid, played here by Nat Wolff, is abandoned in his cell to starve to death, after the flu kills off all the guards and inmates. But, it looks like he has made a friend.

I’m not sure who this is, or what is happening, but there’s a nice little Easter egg in the background, where the carpet is the same patter as The Shining’s Overlook Hotel. A great nod to the The Stands creator Stephen King.

The survivors living in Los Vegas look to be burning of some steam as they party hard in Nevada. Cirque du Soleil Eat your heart out.

This is possible our first look at The Rat Woman, played by Fiona Dourif? There is certainly a shot later on of the Rat Woman dressed as a hotel concierge. This character is a gender turn on the books Rat Man, who is a  “pirate-like” hoodlum who adopts the dress sense of an Ethiopian man, wearing a red sash, a silver dollar around his neck, and a sword. The original TV miniseries made the character into a much larger role than he had in the novel. What type of trouble will she get up to here?

Here is our first good look at the “Dark Man” Randall Flagg. He’s covered in blood here, so it’s possible a scene attached to the death of Dayna Jurgens, played by Natalie Martinez, or after the Judges death. Either way, it’s tied to spies in Navada.

It certainly looks like the TV series will explore sections of the book that the original TV series did not. A much darker moment in the novel sees Stu Redman’s party encounter The “zoo”, a group of slaves held captive by two former members of an Army detachment. This looks to be the moment Dayna Jurgens and the rest of the zoo fight back against their captors.

Randall Flagg shows off his supernatural powers with a little bit of levitating. He does this quite a bit in the novel, so it’s cool to see it here.

Things are not looking good for the Boulder community as treachery is afoot. A massive explosion rocks the community and leaves a huge death toll too. But who’ll be going up in flames?

An interesting shot here, as we see Stu Redman, Larry Underwood and Glen Bateman (Greg Kinnear) heading off towards Los Vegas, to confront Randell Flag. Instead of Ralph Brentner joining the gang, we have Ray Brentner, played by Irene Bedard, another interesting gender swap.

The Stand is set to air on CBS All Access on Thursday, December 17Th. 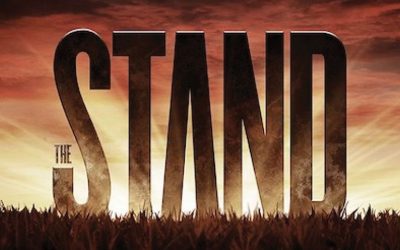 After the world is in ruins, due to a man-made plague, a battle of Biblical proportions ensues between the survivors. The Stand is an upcoming American dark fantasy web television miniseries, based on the 1978 novel of the same name by Stephen King. Starring : James...

As of the date I write this, the world has not yet collapsed. The post man has just delivered a bunch of letters and bills, an amazon deliver driver just dropped the latest release for the Nintendo Switch and the local council continue to dig up something or other at... 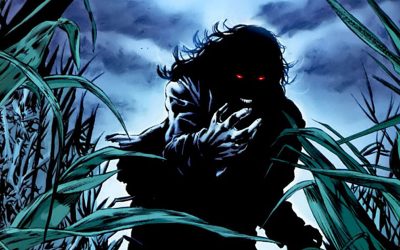 The end is nigh, and it's coming up real fast! Revealed this weekend during the Television Critics Association’s winter press tour, CBS revealed that the new adaptation of Stephen king's The Stand will be hitting the small screens at the end of the year. Whilst we...