One of the stand out Zombie films of the last 10 years is the international hit of 2016, Train To Busan. The story of a man and his daughter caught in  middest of a zombie outbreak on a train to Busan, was an action packed gore fest filled with some of the most disturbing zombies outside of George Romeo’s films series. The announcement of a sequel was met with  much excitement within the genre but very little was known about it, until now!

Screendaily dropped our very first look at the film along with more news on the films plot. The film, called Peninsula, will follow a soldier who has escaped the Korean peninsula, now a zombie-infested wasteland, only to be sent back with a crew on a mission to retrieve something.

Director Yeon Sang-ho does not think it’s right to call the film ” a sequel” as it does not continue the story set in the first film.  Much like Romero’s films, each movie tells a different story within the same universe. The film maker said this…

“It takes place four years after Train To Busan, in the same universe, but it doesn’t continue the story and has different characters… Government authority has been decimated after the zombie outbreak in Korea, and there is nothing left except the geographical traits of the location – which is why the film is called Peninsula.”

The new film has double the budget of it’s predecessor, with a $16m budget compared to Train to Busan’s $8.5m, meaning a much larger scaled film. Sang-ho even hinted at more in the future.

There could be many stories that could keep coming out of that world. Destroyed, isolated, extreme, but with hope of escape and humanism, and the way world powers would look at this place. There could be a lot of material with a lot of greater significance.

The film is looking to be released in August, but no dates have been released just yet. More on this soon. 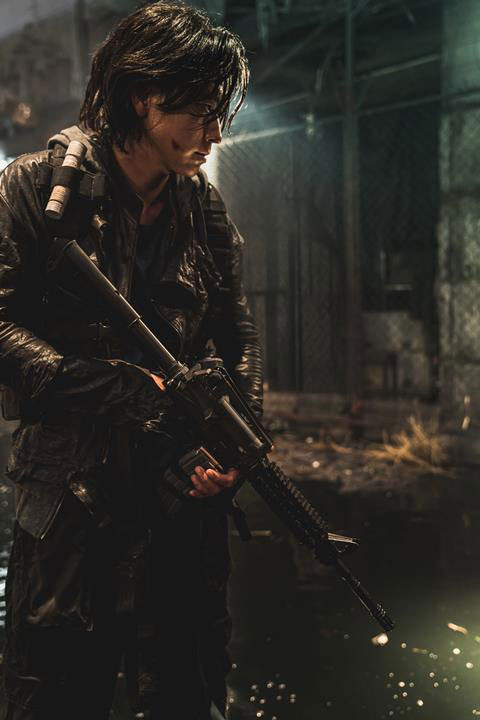