For fans of World of Warcraft, November 6 is going to be very exciting, as the we get our first proper look at the the big screen adaption. With a seven months still to go before the films release, it would seem that Universal Pictures and Legendary Entertainment are hoping to inject some early interest into their game adaption, as they get ready launch the films first trailer. What little glimpses we have had of the film so far, have been met with mixed reactions. Last year at Comic-Con 2014, a teaser trailer was unveiled, and then a year later, again at the same event, more footage was revealed. However, none of it has leaked on line just yet , so for those of us who did not attend these events, this will be our very first look. 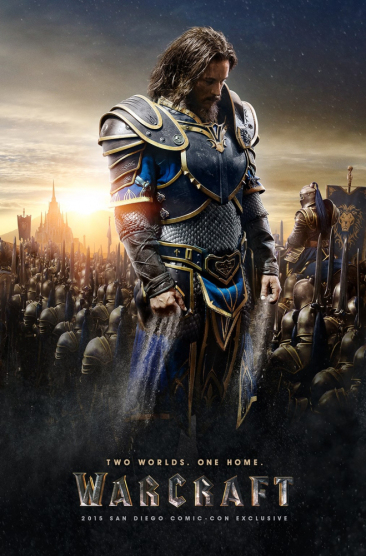 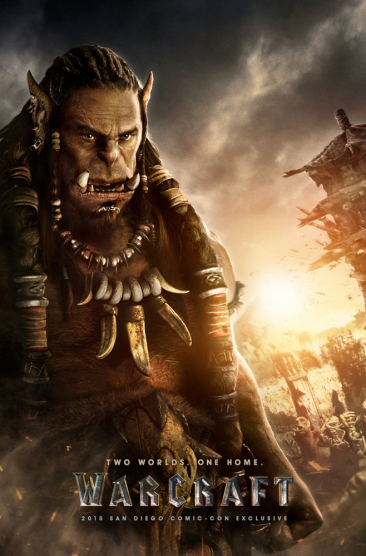 World of Warcraft started life as a series of real-time strategy game, developed by Blizzard Entertainment, before transforming into one of the most popular massively multiplayer online role-playing games. At it’s peak, Warcraft had over 12 million active subscribers, so it’s no wonder that Blizzard decided to franchise out the film rights.
Moon and Source Code director Duncan Jones is helming the epic film, with a cast including Paula Patton , Ben Foster and Dominic Cooper.
The first Warcraft trailer will hit this Friday at Blizzard Entertainment’s annual BlizzCon. Below is the slightly underwhelming poster , which looks like the main characters have been doing a spot of decorating, with splashes of bright paint tossed across their faces. The whole thing feels a little flat. Lets hope the trailer impresses on November 6th. 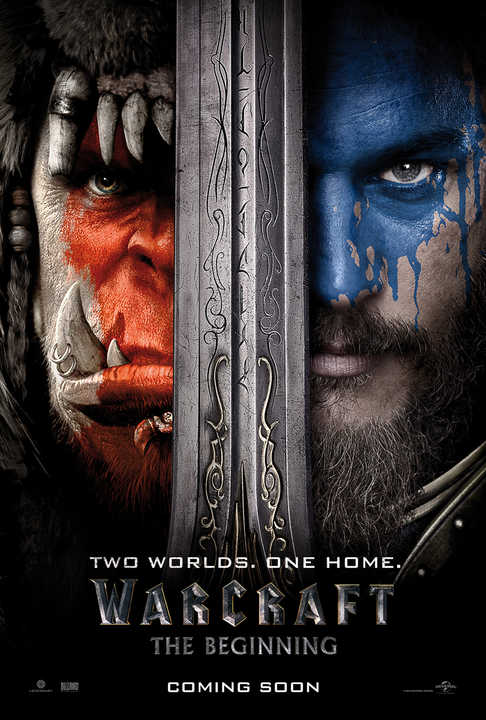