I’ve seen many remakes of George Romero’s work, whether they be fan films such as Mimesis or big budget affairs like Dawn of the Dead (2004), and whilst these examples are at the top end of spectrum, there are lot at the bottom. With the Passing of Romero last year, all hope of his series continuation seems to have ebbed away, leaving us with the inevitable flow of remakes and reboots that would surely come in his wake. The man who redefined horror has left a very large hole in the genre, especially in the oversaturated zombie market.  Day of the Dead: Bloodline promised to be a true re-telling of one of my favourite Romero “Dead” films. With so much noise being made about the film, I thought that maybe this would be the modern zombie film to beat. However, I’ve been wrong before!

First, let’s get this out in the open, this is not the first attempt of remaking “Day”, as a truly awful remake came out in 2008. To say it missed the mark would be an understatement. Apart from sharing the name with one single character (Rhodes), the film went off on a fevered journey into the genesis of the zombie plague. This is probably why the 2018 film adaption adapted the colon title Day of the Dead: Bloodline, to further distance it’s self from the previous film. Besides that, colon or no colon, changing the films name does not instantly propel a film into a blockbuster movie, and I fear that 2008 outing was not the only remake to totally misunderstand it’s original.  Despite 10 years between the two, similar mistakes have been made.

Dawn of The Dead: Bloodline feels like a very cheap movie, with a bargain bucket cast and set pieces filmed in any location that could grab half an hour in. Yes, the film follows some of the heartbeat of Romeo’s classic, with film being set in a military bunker, and with a more self-aware zombie. In total truth, this could have easily been a self-standing zombie flick, without anyone even realising its connection to the original. Therefore, it feels very paint by numbers.

The major issue lies with the film-makers lack of understanding of Romero’s work. This is prevalent in many low-budget zombie films. Whilst each of Romero’s films had a different underlying message, Day of the Dead’s was profoundly about humanity’s arrogance and selfishness in the face of the apocalypse. Here you had three factions, each represented by their leading men, the army led by Rhodes, the scientists led by Logan and the civilians led by John. Whilst the army fight for control, not just within the compound, but within the world itself, the scientist work to find a cure, it’s only the civilians that see the situation for what it is.  It’s the end of humanity, and the civs just want to spend their last days enjoying what they have left. It’s the selfishness of the army and arrogance of the scientist that leave them trapped within the dark, lifeless walls of the army bunker, fighting to save what cannot be saved. This message is in plain sight, right from the opening dream sequence of the film, as leading lady Lori Cardille looks upon a calendar marking down the days, before reaching out to a picture of a pumpkin field, just as hands of the undead break through the walls. Humanities time is up…it’s just a matter of when.

Bloodline blinked and missed this memo, instead creating some story about special blood and super intelligent zombies. I admit, concentrating on fan favourite Bub was a great idea, but they forget that in the original, Bub was nothing more than the representation of the scientists failure. Months of work and all they had achieved was a zombie that salutes and likes music. Not exactly the ground-breaking cure to the zombie problem. Bloodlines takes the idea of Bub and paints it on top of a sex pest called Max, but failures to deliver anything as entertaining as the good ol’ Bub we know and love. I just wish they had thought harder about this interesting zombie character. My major issues here is the inconsistency with his timeline and story. The film shows us that Max is very much self-aware, if not in complete control of all his memories and movement. And yet, the film leads us to believe that this, smart Zombie just stood around in a room for five years and only leaves the hospital, so he could chase some tail! Because of that, there’s no logic in this set up and it’s silly details like this that break the films experience and show the film-makers lack any real skills with storytelling. Yep, they can point a camera and shoot stuff, but unless your making an art-house film, there needs to be stuff in the middle; you know…a story!

And this is Bloodline’s main issue, it has no real plot and on top of that every character is bland and boring. Rather than taking the time to develop its character, it forces character traits on to the audience like a high school movie, swapping jocks for soldiers and nerds for scientist. The weirdo stalker carves names on his arm, the doctor personally puts her life on the line for meds and the soldiers are shouty people with guns. It’s all too in-your face and no grace of time taken to really get a feel of anyone.  There’s no development, no logic, just people that do because it says so in the script.  The film doesn’t understand the genre enough to have an interesting story, and it’s misunderstands Romeo’s work as nothing more than films with guns, blood and zombies.  In, fact, I’d say that director Steve Miner and written Jeffrey Reddick just don’t understand films at all!

I like to say nice things, and so I will mention the good makeup work and genuinely creepy zombie work from Johnathon Schaech, but everything else falls flat. I’ve seen so many bad zombie films now, that this one will get swallowed up into the back of my mind like all the others. The only reason I’m writing this review, is so that I can remember how terrible the film is and I won’t make the mistake of re-watching it.

As a horror fan of the Zombie genre, I can say that Day of the Dead: Bloodline is just not worth the effort of watching. It’s a super cheap film, made by people that don’t understand horror and film-making. It’s slow, boring and forgettable. To put George Romero’s classic horror title in this films name, is quite frankly, a disgrace to the legendary director and producer.  However, with writers such as James Gunn and director Zack Snyder, creating amazing homages like the 2004s Dawn of the Dead, I’m confident that the future will be-hold us some future remakes that would make certainly make Romero proud. Bloodline is just not one of them. 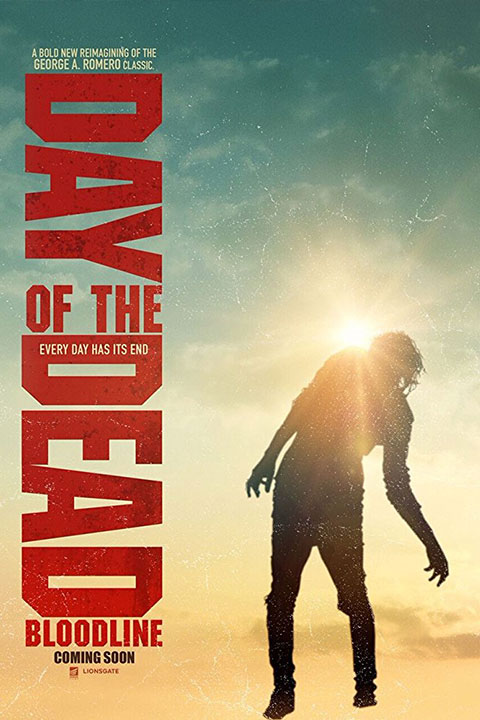 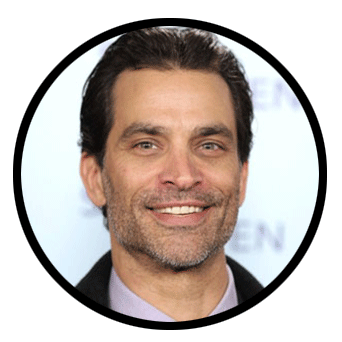 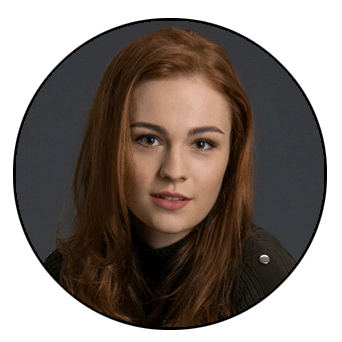 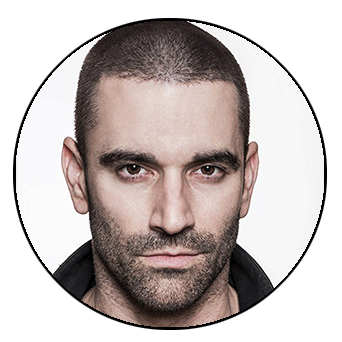 Day of the Dead: Blood Line

Day of the Dead: Blood line is a paint by numbers low budget zombie film that has no pulse. It lacks originality, quality and direction.