There is something about the unknown and the unexplored that captures the imagination. Just as we wildly fantasise about the wonders and oddities that await us in the timeless expanses of space, our minds also ponder the things that await us in the unexplored realms of earth. From the deepest depths of the Mariana Trench, to the caves and caverns that have lay undisturbed for centuries, we wonder what may be down there. Whilst the Descent’s title seems to be descriptive enough for a film about underground Ghoulies, the films real meaning lies in man kinds greatest unexplored realm, the mind.

The Descent follows a group of women on a spelunking holiday, eager to explore the Appalachian Mountain caves of North Carolina. However, their trip goes awry when they become trapped inside an unexplored cave system filled with flesh eating creatures.
The trips organiser, Juno, played by the delicious Natalie Mendoza, had secretly tricked the group into going into the uncharted caves, thinking that they could gain glory and friendship in being the first to discover the caves wonders. Nothing could be further from the truth, as the group are picked off one by one by the strange cave dwelling “Crawlers” that inhabit the subterrane.
As the girls descend deeper into the cave, they find their way back blocked and their path forward leading into the very heart of the Crawlers territory.

On the surface, the Descent is your run of the mill creature feature. There is certainly no new ground broken here and the creatures design is a little too familiar to ever stand out. The Crawlers actually reminded me of Bram Stokers Dracula, where Dracula transforms into a bat. Seriously, check it out, he looks just like the creatures here in the Descent. The point I’m making, is that the horror here is pretty mediocre, with clichéd jump scares and predictable deaths. It’s actually within the characters that you’ll find the true horror of the Descent, and that’s a rare thing to behold.

One of the film overriding themes is that of Sarah (Shauna Macdonald), her history and her grief. Sara’s husband Paul and daughter Jessica had died in a tragic car accident a year before. Sarah had been white-water rafting with Juno and friend Beth (Alex Reid). They had been returning from this trip when the accident had occurred. Paul had become distracted by a brief encounter with Juno, making it clear that they had some sort of history. Because of this, Sarah holds some blame on Juno for their deaths.

It’s this sticky, uncomfortable relation which is taken down into those caves. Juno believes that she can patch up the holes in their friendship, but as the film progresses, the tension between the two just grows, becoming something uglier and nasty than the creatures they find in the depths. Following several incidents, Juno accidentally stabs Beth in the neck, and Sarah vengefully maims Juno, leaving her as bait for the Crawlers. On Paper, it’s over the top and silly, but with such a talented cast on call, you really feel the tensions being slowly turned up to 13. Like Alien or the Thing, there is nowhere for the film makers to hide, they have to concentrate on the relationships of the characters, and The Descents handles this very well, with a little help from its cast of course. There is a lot of silliness, as juno and Sarah invoke the spirit of Ripley, going from everyday mom, to badass in the flick of pickaxe, but you can forgive these moments, mostly because it actually injects some action into the film. I think Beth sums this up the best ” I’m an English teacher, not fucking Tomb Raider.”

The ironic thing about the Descent, is that the trip is supposed to be a retreat for Sarah. She’s spent a whole year grieving and her friends think it’s time for her to get back out there. Their friendships are frayed and Sarah’s wants to patch things up, but it’s our glimpses into Sarah’s subconscious that we see just how fragile she is. Shown in the form of a vivid repetitive dream, we see how trapped she has become with her sorrow.  In these dreams, a soft glow revealing candles on a birthday cake, someone is sitting behind it, her daughters voice whispering to her from the emptiness. I guess it’s subjective, but for me, it seemed like Sarah had still has not come to terms with Jessica’s death. She can hear her daughters disembodied voice calling from the shadows, but she is always left alone and in the dark, until she wakes form the dream panicked and tearful.

It seems a bit mean for her friends and indeed the audience to put so much pressure on Sarah to move on, but that seemed to be the plot, symbolised by the caves and the need to push forward into the unknown. The beautiful outcome of this culminates in a truly great moment in horror, where Sarah finally comes to terms with her situation. She’s trapped, she’s facing certain death and she meets it calmly and with her daughter. At least, in her mind’s eye. They both look at each other over the gentle flickering of the candles and as the camera pans out, the light source is swapped for that of her torch and we can see that she is truly alone. It’s the look on her face, and the way camera pans out that makes this a powerful moment. With the sound of the Crawlers coming closer and the distance building between us and Sarah, the film ends leaving us feeling as trapped as Sarah. And a little confused.

Why confused? Well, because of the fake out ending. Just before the film closes, Sarah awakes, finding a way out and crawling up into the sunlight. She Makes her way back to the car before stopping in hysterics. We then a get a Juno reveal jump scare and then the real ending happens. I never saw the point in this bit of the film, however it was added for the US theatrical release. In fact, that WAS the ending for the US release. Sara makes it out, and Juno is alive too. The end. I can only imagine that test audiences complained about the down beat ending, and they filmed the new ending to compensate. This happens far too many times, such as in Army of Darkness or Little Shop of horrors, where a perfectly good horror film ends in tragedy, only for a new happier ending to be added. I can only imagine these “Test” audiences are made up of a bunch of hippy socialites that enjoy watching Disney films and eating salads. Luckily, for the UK and DVD release, the real ending made an appearance, even if they did splice the fake out into the DVD release. I personally think that the dark ending to the Descent is the perfect way of ending the film. Sarah descended down into those caves in order to find herself again, but all she found was the same distrust and anger. Sarah could not come back from that again, and she knew it.

Ok, so I may have delved a little too deep into this one. But I wanted to make it clear just how deep the Descent is. On my first viewing a few years ago now, I was a little confused and I didn’t really enjoy it. It was not until I watched it again, for this review, that I really found myself swallowed up by the complexity of the characters. The Descent, is a griping and well-paced horror that manages to break the creature feature mould. The creatures and surroundings are nothing more than a backdrop for the real horror that plays out on screen, and I think that’s great. With an unnerving and tense soundtrack by master composer David Julyan playing over the dimly lit and claustrophobic sets, The Descent delivers a well-balanced and clever piece of horror. 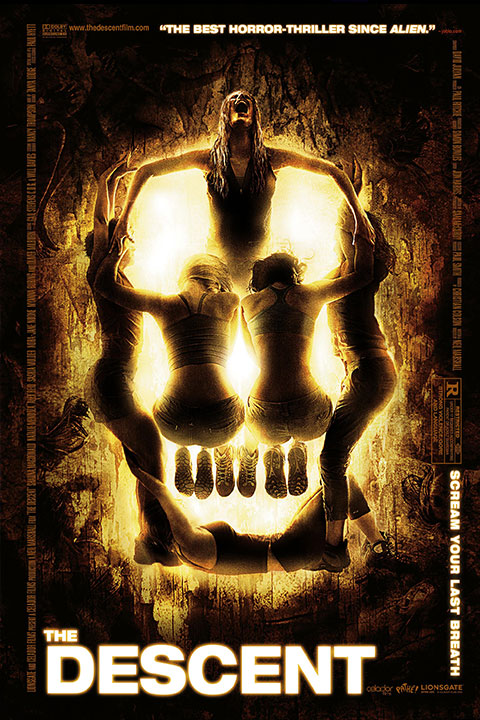 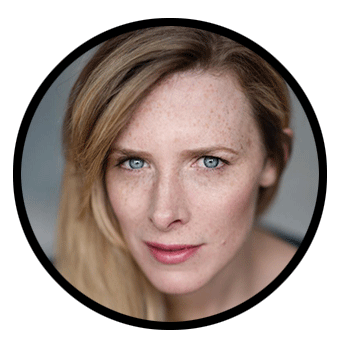 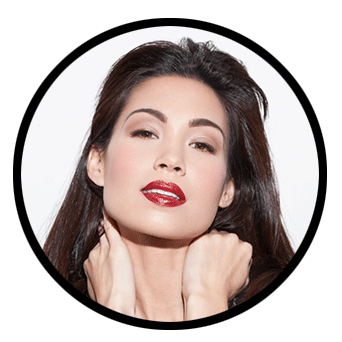 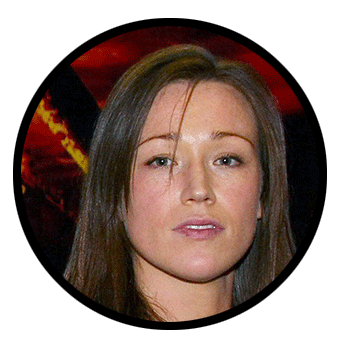 The Descent is a well-balanced and clever piece of horror. With beautiful kickass women, plenty of gore and a creepy soundtrack, this claustrophobic flick will certainly give you a thrill!