If there’s one thing I’m guilty of, it’s of watching a lot of horror, whether it be Halloween or not. But when Halloween does come around, I do like to catch up on the more seasonal films to get me in the mood. This years treat of choice was the anthology film Trick r Treat, which seems to grow in favour with horror fans each and every year. Now I had never seen this film before, so I approached it like most people do, based on other people’s reactions. In other words, I had high hopes for this Halloween based scare fest, even before the DVD slipped inside the player. Now I love anthologies, they are like campfire stories, tiny little portions of horror served up to you like canapés. Each story a little bite of exquisite terror that gnaw at your imagination.  The problem is that good anthologies are few and far between, modern attempts are usually low budget affairs with far too much to say, but little talent to say it. So it’s great that Bryan Singer (And his production company Bad Hat Harry Productions) had the guts to give an anthology a good stab, producing Michael Dougherty’s directorial debut, Trick ‘r Treat,  an anthology consisting of five spooky Halloween related stories.

As anthologies go, Trick r Treats stories are not all that bad. There’s a story about a girlfriend (Leslie Bibb) who’s hearts not quiet into the Halloween spirit, whilst the school principal (Dylan Baker) tries to reform a mischievous pupil in “The Principal”.  Also, a tale about a bunch of kids that play a deadly prank in “The School Bus Massacre Revisited” and a self-conscious virgin (Anna Paquin) is hunted by a masked vampire in “Surprise Party”. The final story is about a local shut-in that encounters a mysterious little trick or treater in tale called “Meet Sam”.

“The School Bus Massacre Revisited” was a real highlight for me, but the other stories fall a little far for the tree. I hate to nit-pick short stories, but most of these talks had little narrative. Even worse, they lacked a resolution leaving these tales compelling but unsatisfying. The sets, lighting and cinematography are clearly driven from a healthy budget, which is a nice change from the uber-low budget offerings we’ve been seeing recently, but the stories themselves lack any real substance. Instead, they are just excuses to show off gruesome zombies, monstrous werewolves and a homicidal pumpkin head kid who just loves Halloween. That’s all great, but where is the love?

The real issue lies with the films attempt at juggling so many different sub genres. With vampires, werewolves and zombies all being crammed into a 1 hour 22-minute film, nothing sticks out. This time frame gives each of the five segments 24 minutes each in which to tell a story. But with the film desperately trying to weave the tales together, too much time is spent on this pointless crossover rather than telling a good half hour short. With little time to build any narrative, the films lack any real conflict or resolutions, the basic building blocks of any story. People die with little explanation; werewolves meet on mass with no build up and time slips back and forward with little care to continuity. It’s just all a bit of mess.

The biggest let down for me was the overriding story that linked each film. Every Anthology has a little story that plays out that introduces each segment, and from what I had been told, Trick r Treat was extremely clever. Rather than having a separate tale linking each of the stories together, Trick r Treat manages to link each story into one another, meshing them together in semi coherent story. However, it just doesn’t work. Most of the links were tenuous at best, with characters from different segments simply walking past. Whilst others did loosely link, it did need to traverse a little time to get to the end, resulting in title text proclaiming “one hour before” popping up on screen. That type of narrative is lazy and crude, and it cheapens the whole affair. Other anthology films, such as Creepshow or Tales from the Crypt, know that the key is to have good content and no to worry too much about the linking narrative, Trick R Treat tries to be clever but just falls very short.

I think the thing that surprise me most about Trick r Treat was its cast. it’s a wonder that the film managed to pull in such big names such as Brian Cox, Anna Paquin and Dylan Baker. You must wonder how many cast members were contracted by the studio and therefore shoehorned in, or if they actually wanted to take these roles? I’m sure Bryan Singer was key to pulling in many of the bigger names, but it does feel like their heart weren’t in it, with the top billing phoning in their performances with lack lustre screen time. And lest face it, the rest of the cast was pretty awful too. The most genuine permeance came from the character called Sam, and he’s a little masked boy with no lines.

And that nicely brings me round to the films best bit, little Sam. Apart from some text at the beginning of the film and the title of the segment “Meet Sam”, the film does not directly name the strange pumpkin-headed fellow. And yet, he’s become hot property, with fans the world over creating artwork and costumes of the demonic Halloween enforcer. Pulling his name for the Gaelic festival Samhain, little Sam’s seemingly innocent performance has tugged at the heart of many of us, and even though he’s a psychotically obsessed demon, it’s hard not to love the little burlap sack wearing kid. Sam appears in most of the segments, and he’s the closest thing you’ll get to linking the stories.

I do feel as if I’ve been too harsh on Trick r Treat, looking at it too critically, but I just found it frustrating.  it is filled with pumpkins, decorations and lots of colourful costumes. This much at least ties it to the Halloween season, but its lack of anything enjoyable and just left me cold. I’m sure the studio felt the same when the decision was made to release Trick R Treat direct to DVD, rather than send it out at theatres. This lack of public screenings has given the film a cult following, with Fans of young Sam praising the film despite its obvious flaws. Yep, Sam cute and all, but Trick R Treat sucked like a rotten toffee apple. It had the budget and the cast, but just failed to pull it all together. Maybe the real issues sits firmly on the shoulders of an inexperienced director?

It’s not a terrible film, it’s actually quite fun at times, but I just found most of it mediocre. There are plenty of other films you could put on over Halloween, this one is just not for me! As much as I love a good Halloween film, Trick r Treat will not be on my playlist next year. Sorry Sam, but I may be due a lollipop! 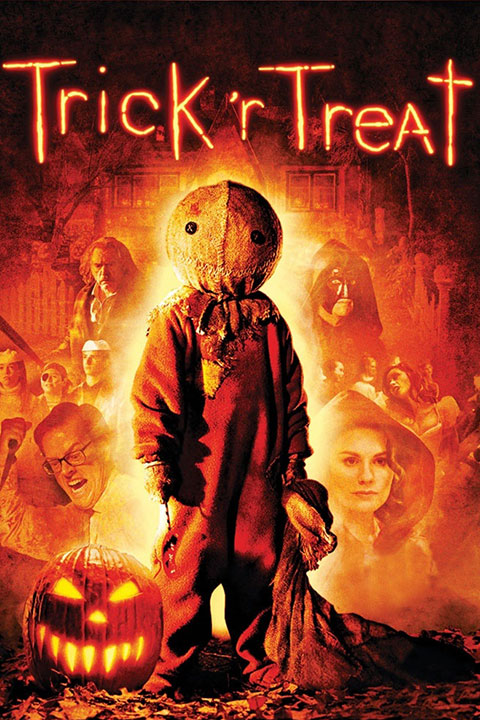 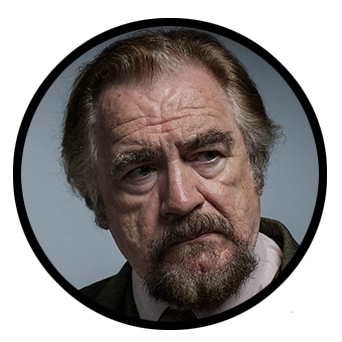 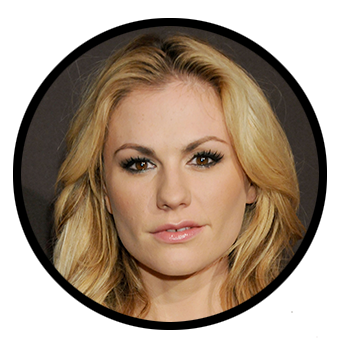 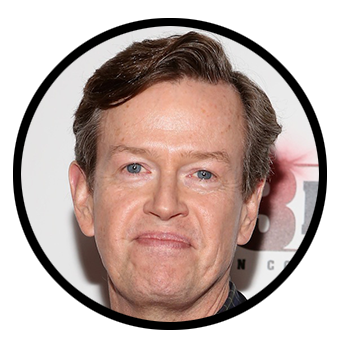 Trick r Treat is a fun Halloween based anthology. It’s very coloufull and well shot, but lacks a lot of refinement with it’s pacing. The short stories are enjoyable but fail to leave an impression, mostly due to the clunky narrative and bad acting. Every shot is filled with costumes, candles and pumpkins making it a fitting film to put on during the this spooky annual event, even if it does leave a bitter taste.