Last year we highlighted the value of a good solid horror playlist for your Halloween shindig. After all, your party is only as good as your atmosphere, and what Horror Fan wants to be dancing around to the Monster Mash all night, when they could be enjoying the blood curling concertos from their favourite films?

This year, we have put together something very special indeed, a look back at four different decades of movie magic, in a nasty little mash up we like to call The Horror Film Crypt. So strap in some earbuds, turn up the volume and get ready for some real treats as we take your ears on a horrifying trip through time and space. For approval of your Halloween Party playlist…here are The Ultimate Horror Movie Halloween Playlists.

The 80’s has a staggeringly vast back catalogue of cinematic nasties, all of which came with a varying array of soundtracks.

Jerry Goldsmith brought us the slowly building orchestral crawl of the choir led Poltergeist theme, which is still as chilling today as it was way back in 1982, when Carol-Ann Freelin announced to the world… “They’re Here!” On the other side of the coin, Brad Fiedel went industrial with his heavy hitting and electronic score for the Terminator. It’s rhythmic bass and eerie tones painting bleak future for mankind.

Other highlights are Claudio Simonetti’s contribution to 1985s Demons, John Harrisons Creepshow score and Mike Oldfields chilling suite from The Exorcist. We have even snuck in a couple of 70s classics which we just could not keep off the list, including Goblins Susperia score and a couple of tracks from the uber creepy Salem’s Lot TV miniseries. Seriously, try listening to that last one walking down the street alone, late at night! Chilling!

You certainly feel a more maturity about the score of the 90s, almost a measured certinity of things. Whilst the 80s may have been experimental, the known formula of heavy orchestral scores is very prevalent within this spooky decade.

There’s also some more simpler tracks that are just as powerful. Phlip Glass’ work on Candyman is sensational, as is the southern twanged score of Stephen Kings The Stand TV miniseries, scored by the awesomely named W.G Snuffy Walden.

Stretching form the 2000 to modern day, this playlist celebrates the new era of Horror, with the likes of Mark Korven, who brings us the chilling strings of The Witch, and Joseph Bishara’s heart stopping work on the Conjuring and Insidious films.

A major highlight is David Julyans beautifully sad scores for The Descent films, and Benjamins Wallfisch’s unsettling tunes that accompanied 2017’s IT.

Lastly, we celebrate songs from the movies, with a selection of original and licenced music that brought out favourite horror films to life. From the Ramones insistence of not getting buried in the “Pet Cematary”, to Disturbs angst ridden Down With The Sickness from 2004s Dawn of the Dead, we have a awesome selection of tunes for you.

We have rockers and shockers, such as Rob Zombies contribution with Living Dead Girl and the House of 1000 Corpses, along side others such as Motörhead, AC/DC and The Cult. These tunes will have you whipping you hair back and fourth in no time!

We also celebrate original songs such as Gerard McMahon Cry Little Sister from The Lost Boys, Dokken’s rocking Dream Warriors from A Nightmare on Elm Street 3 and lets not forget about Michael Jackson’s Ben!

An odd highlight comes from a cover version of Run With Us (we could not find the original), the end credit title to the animated TV series The Racoons, of which also appeared on the credits to the grindhouse film Hobo with a Shotgun. Another highlight is the eerie humming of Enya’s Bordica, which appeared on the credits to Stephen Kings Sleepwalkers. And we can’t leave this list with out pointing you towards Grace Jones Seduction Surrender, of which a cut down version appeared on Vamp. This longer cut is as close to that awesome track as we could get. 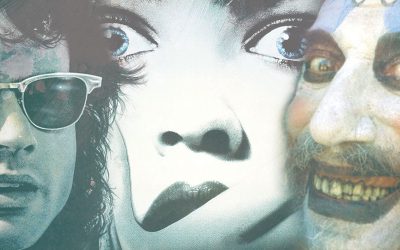 Credit where credit’s due! 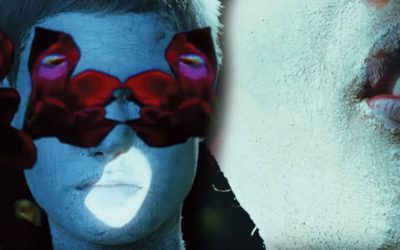 “Hi Horror Fans – Keep an eye on those play lists, there will be more song and tracks being added in the next few weeks. I hope that you enjoy CHILLING to these tunes as much as me, but I do love a good FRIGHT. See you next time…