What the Hell is a Critter? 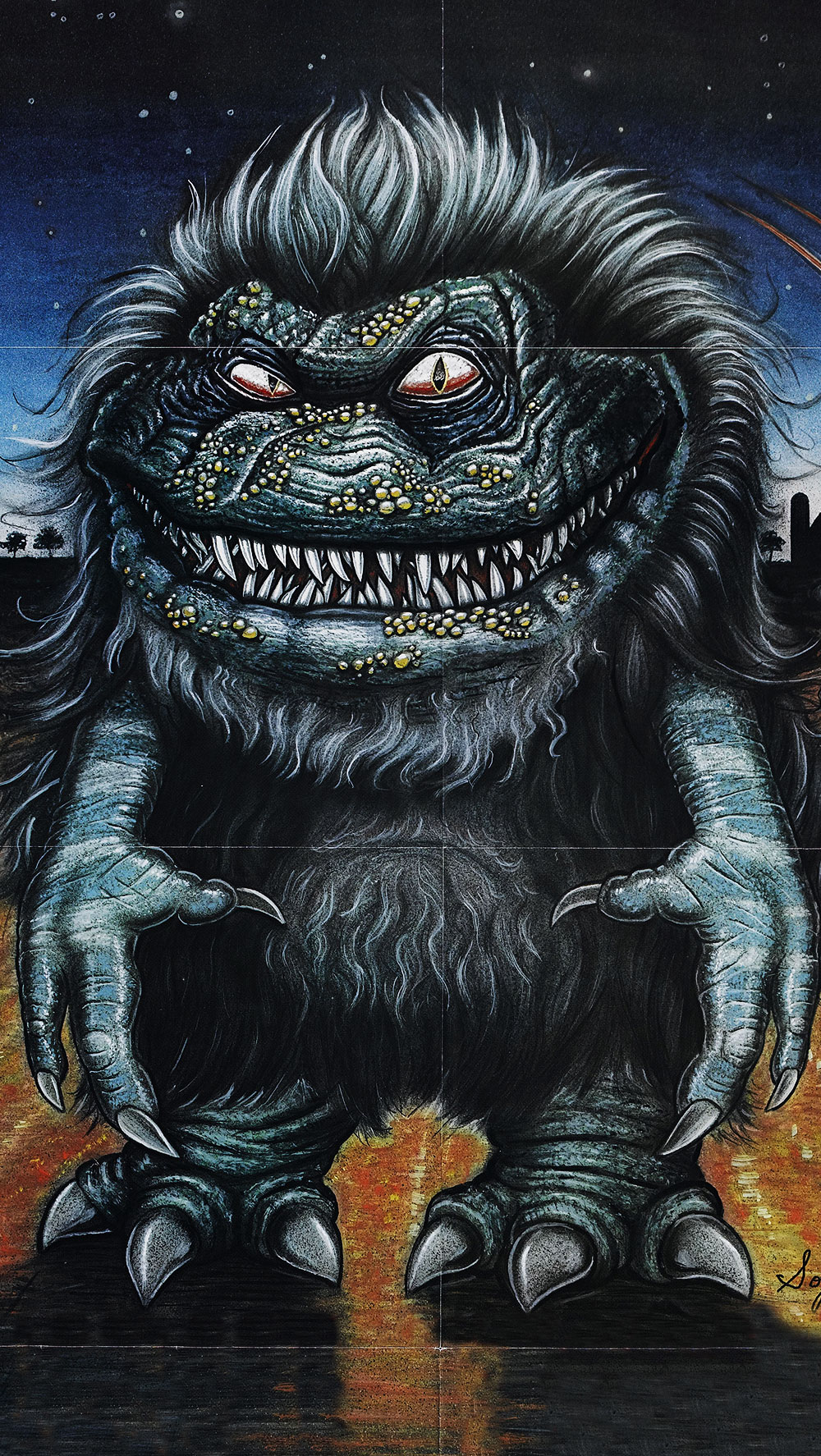 What The Hell is a Critter? 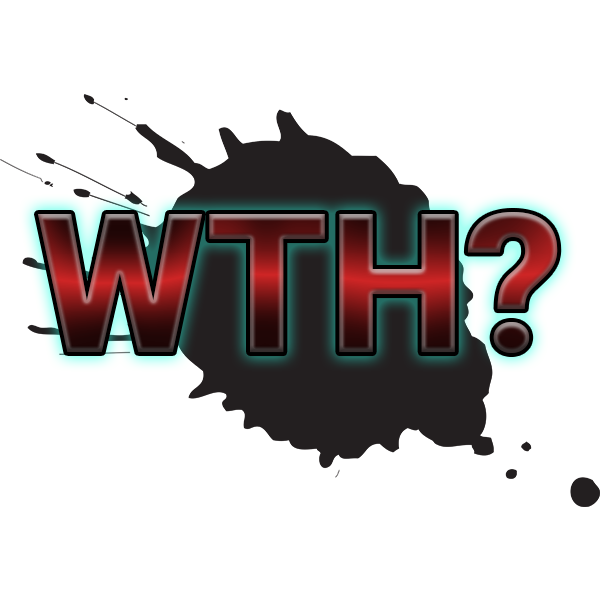 As a species, we have a soft spot for small furry creatures but generally shy away from anything that has more teeth that the entire Osman family. This really puts us in conflict when it comes to the loveable , huggable  little Crites from the Critters films. You can pet them , but you just might lose a hand. But what exactly are these small dangerous little critters. We delve in deep to look at these hungry furry creatures and find out ‘What the Hell is a Critter?’

The Crites (mainly known as Critters, or Krites) are the main antagonists and monsters of the Critters film series. These small fury creatures are aliens from an unknown planet and are introduced in the beginning of the 1986 film Critter. The Crites are being transported to an intergalactic prison planet, because nothing says pest control than letting a bunch of ravenous rodents into a prison. The Crites are not too happy about going to jail (and missing out on collecting $200), so they head straight for free parking by hijacking a space ship, navigating it towards the closet planet. That planet just so happened to be earth. The Crites crash the ship near a rural Kansas farm and it’s from here where the little menaces start their adventures on earth.

The Crites are small aliens that look a lot like hedgehogs. They have round plump bodies, covered in a dark haze of black fur. Their noses are wide and flat and sit below two blood red cat-like eyes and they have no visible ears. They also have small clawed arms and feet, but mostly travel by rolling around in a hedgehog-like ball. Despite their claws looking dangerous enough, their primary weapon is a mouth full of razor sharp teeth and a good healthy spring in their steps, as they fling themselves towards their victims. Those tiny legs are obviously like little springs of death. These carnivorous alien fur balls have a cheeky attitude and a love of carnage.

The Critters, despite being more mammal in appearance and behaviour, lay eggs rather than giving birth. The Crites must eat sufficiently before they can lay the large green scaled eggs.  Green eggs and ham anyone? In the films, these eggs are mostly used as a plot device to continue the franchise. In Critters 2, they do play a larger roll, where the towns folk confuse them for decorative Easter eggs. The films twist the incubation time between the movies, but one character does confirm that they hatch in six months. When hatched out from their eggs, the baby Crites are much smaller, but retain many of their adult traits. They grow quickly upon eating, and they eat…a lot!

What Do They Eat?

Crites are born ravenous, and they will eat anything that moves and sometimes even things that don’t. From electrical cables, mops and stuffed toys, to livestock, dog food and the odd human, the Critters munch their way through a variety of things. Though I think even the Crites would turn their flat little noses up at a Pot Noodle.  The more they eat, the bigger they get, some reaching gigantic proportions.

Whilst size sometimes demand dominance over other Crites, it’s often the smarts Crites that takes control as a leader. In the first two critters films, the largest Critter takes control of the pack, but in the last two films, it’s the smartest who leads the way. This characteristic shows that they do indeed have heretical structure, though it’s unclear if it’s based on a male, female or mixed sex society. It’s also unclear how to tell the two sexes apart, if indeed they even have sexes. Though it’s almost unheard-of mammal species being hermaphrodites. Only people with death wishes would try looking up their skirts!

Their place in the Universe!

Critters 3 ends its film on a cliffhanger , with Bounty Hunter Charlie MacFadden being order not to destroy two Critter eggs as they are the last of their kind. Being a universally known species, and having been hunted to near extinction, the Intergalactic Council decide that the eggs should be preserved. Destroying them would be against an intergalactic law, despite the Critters being mostly pests. This kind of contradicts their orders to destroy them in them in first film! Oh well…continuity. Who needs it?

Who comes up with this stuff?

Critters rose to prominence during the 1980s, where the “tiny-terror” subgenre of horror movies were taking off in a big way. Headlined by Joe Dante’s 1984 hit Gremlins, Critters arrived smack bang in the middle in 1986, with other little killers such as Puppet Master hitting the end of the century in 1989. It was the directorial debut of Stephen Herek who co-wrote it alongside Domonic Muir  and Don Keith Opper.  Critters 2 was directed by Mick Garris, Critters 3 by  Kristine Peterson and Critters 4 was directed by Rupert Harvey. 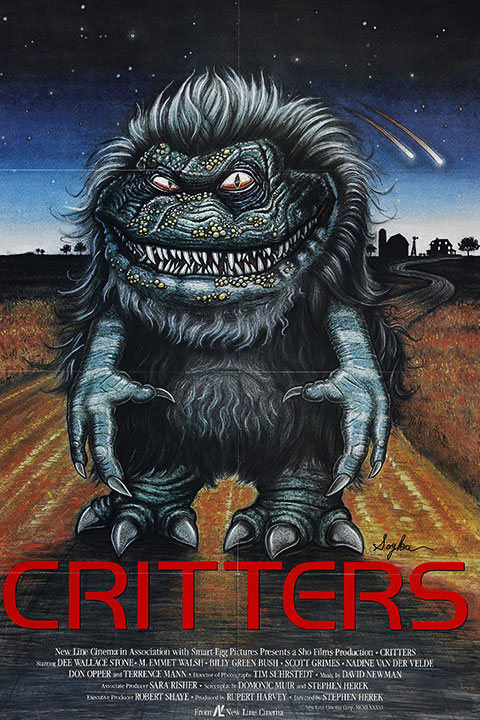 A group of small, furry aliens makes lunch out of the locals in a farming town. 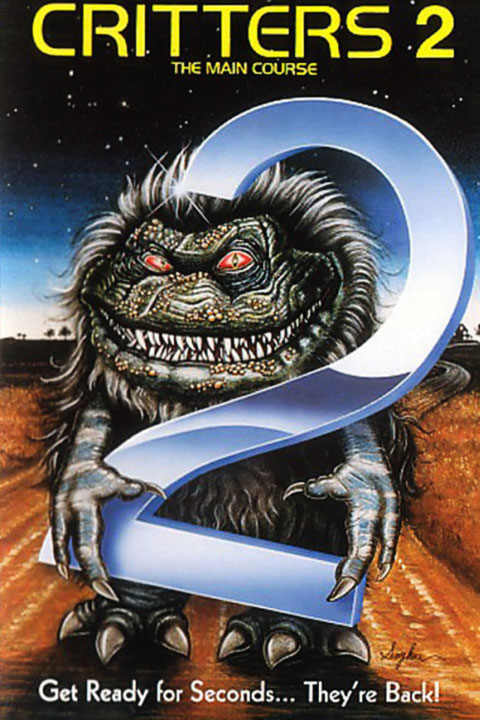 Eggs of the small, furry alien carnivores are left behind on Earth and, after hatching, again set their appetites on the town of Grover’s Bend. 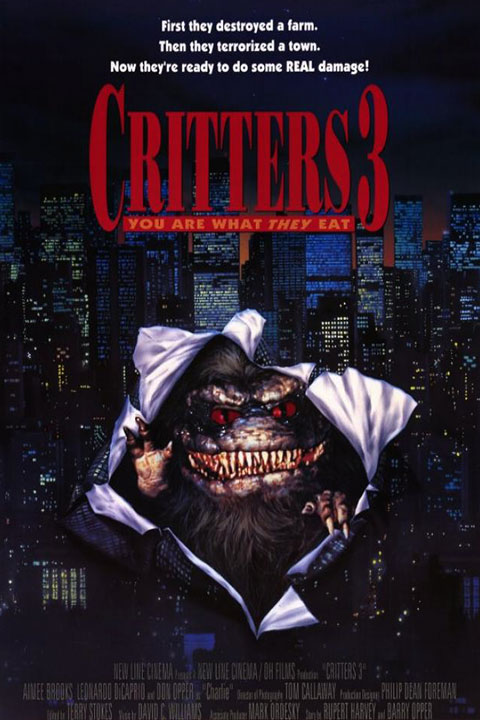 The tiny fur ball aliens that will eat anything or anyone set their sights on a Los Angeles apartment tower. 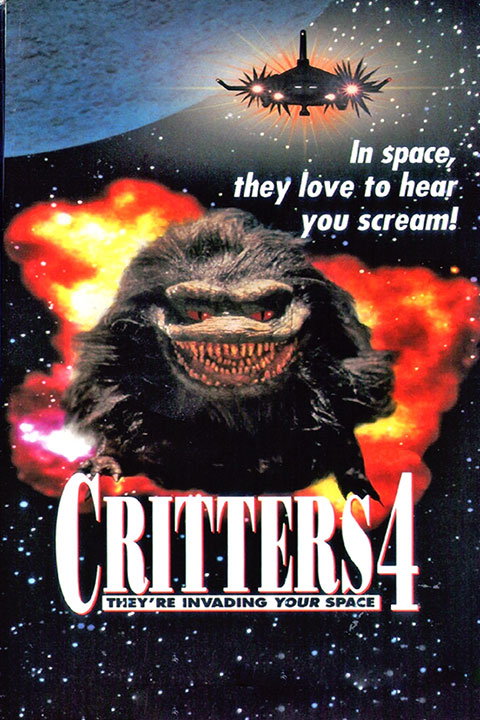 After being cryogenically frozen and waking up on a space station in the near future, the Critters aim to have the unwitting crew for lunch.

“Hey Horror Fans – Those dastardly little critters get everywhere, so it’s handy if you have a ton of ammunition and flamethrower on stand by. Even those seasoned bounty hunters had trouble in wiping the beats out. Bonus points go out to anyone that spotted our Turtles reference. Drop us a message in the link below and pat yourself on the back!