A good rule of thumb, when dealing with things from beyond, is never to call up what you cannot put down. But the issue with summoning strange creatures is that it often happens without anyone really knowing what they have done. A word said out of place or an object picked up, that’s all it can take raise monsters of unspeakable horror. We look at 10 Horrors Summoned in Film.

The Golem was created by a Rabi, who wishes to stop his Jewish community from being expelled by the Roman Emperor. Built form clay, the Rabi animates the creature by summoning the spirit Astaroth. The Rabi uses ancient texts, to compel Astaroth to say the magic word of life. This word is written on paper and is then enclosed in an amulet and inserted onto the Golem’s chest, bringing the beast to life. However, Astaroth himself possesses the Golem and goes on a murderous rampage.

Newly deceased couple Adam and Barbra summon a mischievous ghost in order to help haunt their home. When they find that the new residence of their home are very different from them, they call on Beetlejuice to get them out. By calling his name three times, the ‘ghost with the most’ is unleased and havoc ensures. Obsessed with resurrecting himself, Beetlejuice terrorizes and manipulates everyone in order to fulfil his goals of a second life.

Being a member of an ancient race known as Djinn, the “Wishmaster” is a powerful and evil genie trapped inside a fire opal jewel. A geologist accidentally summons the Djinn when he polishes the rare stone, using her breath and a piece of cloth. Much like the genie in the lamp, this “rubbing” of the stone awakes the evil creature from his centuries long sleep. The Djinn may have the power to grant you three wishes, but that does not mean they will go how you expect. With each wish, the Djinn grows stronger, taking your soul as payment. The creatures ultimate goal is to bring his people over from the void, in which they have been trapped since the universe was created.

The grievous tragedy that surrounds the death of “The Candyman”, having being murdered unjustly, has caused his soul to haunt the lands in which he was killed. The tall man once known as Daniel Robatille , his right hand now a bloody stump with a hook, his chest filled with bees, can only be summoned to our realm of existence through mirrors. By looking into a mirror and saying his name five times, the Candyman will appear to you, for bloody revenge against all that speak his name.

A young man uncovers his late father’s occult paraphernalia in his family mansion. He tries to summon up the demonic forces his father dabbled with, in hopes of gaining supernatural powers. He raises the “Ghoulies” using a occult symbols, a chalice and a scepter, alongside ancient words. These green little demons are not easily controlled though, as they terrorize the mansion.

A group of teens stumble upon a cellar full of odd objects, whilst vacationing in an isolated cabin. What they do not realise is that they have become part of an ancient ritual, which requires them to summon a deadly creature. The cellar is filled with relics, scrolls and books, but it is a small diary of Patience Buckner, a cabin resident abused by her sadistic family. Upon reading from the pages, a zombified Patience and her family, rise from their graves to slaughter the young teens.

The patrons of a cinema find themselves under attack from blood thirsty creatures after an evil is unleashed upon them. An initial creature is summoned after a mask is worn, possessing the clueless guest and transforming her into a creature with sharp claws and fangs. A simple bite or scratch is all it takes for someone to become possessed by the evil. Trapped inside the theatre and with this demon pestilence spreading, the survivors must fight for their lives.

Looking to get revenge on his child’s killers, Ed Harley (Lance Henriksen) thoughtlessly summons Pumpkinhead, an ancient demon of vengeance. Pulling a deformed copse from a graveyard, a local witch mixes Ed’s blood with his dead son’s, and feeds it into the copse. Buried in his pumpkin patch grave mound, the mythical creature emerges as a hideous demon. Only trouble is, once it starts killing it can’t be stopped, unless Lance is willing to pay “A terrible Price”.

When a group of teens take a vacation in an isolated cabin, they discover the Necronomicon Ex Mortis, otherwise known as the “Book the Dead”. Upon reading from the book, the hapless teens unknowingly awaken the “Evil Dead”. The incantations, resurrecting a mysterious, demonic entity that starts to possess the group one by one. The ancient spirit wants nothing but death and destruction, using possessed bodies as it’s instruments of evil.

The gate has quite a convoluted ritual that needs to be performed in order to summon “The Old Gods”. And our young protagonists, Glen and Terry, manage to ignorantly complete them all. First there’s the opening of the hole (The Gate), and an offer of blood. These are followed by the performance of levitation and a life sacrifice. But to blow the gate wide open, the sacrifice must be put in the hole. Guess what….yep..it all happens..and the demons ‘from before’ arise, to enslave humanity and bring about a second darkness on the world. 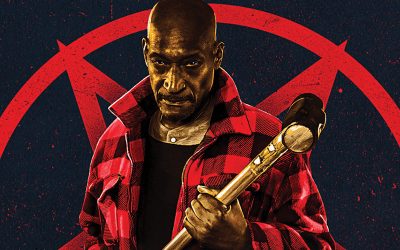 A satanic cult focused on unleashing hell on earth, conjures up a demon nearby a southwestern town 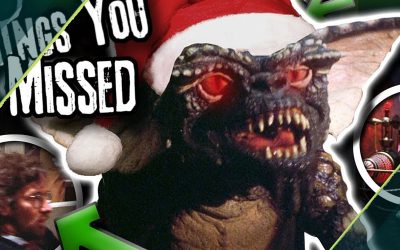 The top monsters that came from the twisted depths of the 80’s golden era of Horror!

“Who has summoned me from my ancient slumber? Oh it’s you! It’s o.k Horror Fans, I won’t curse you or anything. I will however, ask that you leave us a message in the comments below. Join in on the conversation. What is your favorite summoning? Be it from a book, game or film, let us and know! See you next time.