Neill Blomkamp is currently doing the press rounds for his brand new film Demonic, and it was only a matter of time before the directors aborted Aliens prequel was brought up. Well, that is exactly what happened when The Guardian newspaper sat down with Blomkamp the past weekend.

The 41-year-old South African-Canadian director was very candid on his views of what happened to his project, which came about thanks to a series of concept artwork drawings he posted on twitter. Upon dropping pictures of Ripley and Hicks back from the dead, fans went wild and were very excited at the idea of an Aliens prequel that would do the series justice. Blomkamp’s film would have carried on from James Cameron’s Aliens and ignored the events of David Fincher’s ALIEN³, which unceremoniously killed off the surviving cast of the previous film.

Fox toyed with the idea for awhile, but eventually turned the project down, thanks to Ridley Scott’s plan to make Alien: Covenant, which ended up being a franchise killer. According to Blomkamp, his Aliens film was dropped because of the poor audience response to his 2015 sci-fi Chappie.

“It’s possible that Ridley watched Chappie and he was like, this guy can’t do Alien so let’s just go ahead and move on… I felt like [for] audiences who loved Aliens, there was an opportunity to do one more film with Sigourney in a way that may have satiated what people were looking for and what I think I was looking for. What doesn’t make sense is that I feel like it’s what the audience wanted so it’s strange because Fox would never really turn down money.”

When Guardian reported Benjamin Lee asked if he has spoken to Scott since, Blomkamp couldn’t hide his contempt.

“Not after, no no no, there’s no coming back from that… I’m not gonna work on a film for two years and have the rug pulled out from underneath me and then go hang out and have beers. It’s exactly why I don’t want to do IP based on other people’s stuff ever again… I’m sure they will make many films with that piece of IP, it just doesn’t include me.”

It wasn’t just the Aliens sequel that soured the directors opinion on franchises, he was also attached to reboot Robocop, with a film that would continue on from the first movie. However, he dropped out to shoot Demonic and MGM replaced him with Little Monsters director Abe Forsythe.

After leaving two big IP’s in succession, it’s no wonder Blomkamp is not interested in them for future projects.

Demonic is out now on streaming service.

What’s your views on the whole Aliens sequel? Let us know in the comments below or on Facebook, Twitter, or Instagram! You can also carry on the convo with me personally on Twitter @Lallen_UK 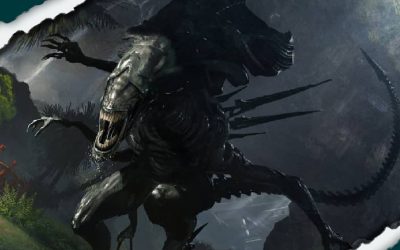 It's a been a few year now since Neill Blomkamp’s Unmade Aliens Sequel was sidestepped in favor of returning the franchise back to original director Ridley Scott. As you know, that did not turn out all that well. However, fans have speculated on exactly what could...