Get your hankies ready and don’t forget to keep the cat in tonight, The BBC is remaking the classic animated film ” Watership Down”

The four-part tv CGI mini series, which will air next year, is based on the amazing novel by Richard Adams. Set in the quite country of southern England, a band of rabbits flee their home, after a young rabbit receives a frightening vision of his warren’s imminent destruction. Led by Hazel and his seer brother Fiver, the steadfast group face harrowing trials posed by predators and enemies as they seek the safety and solitude of a new home, a little hill crowned by a large birch tree, Watership Down.

The new Tv miniseries will see an all star cast voicing the brave rabbits on their dangerous adventures. James McAvoy will be voicing Hazel, John Boyega as Bigwig, Nicholas Hoult as fiver and Ben Kingsley as the cunning and brutal General Woundwort.

The original film starring, John Hurt, was responsible for breaking many children’s hearts back in 1978, with the song “Bright Eyes” being synonymous with the film. We even added this film to our list Tears for Fears – 10 Top Tearful Moments in film.

I can understand why many people will be angry at the BBC for remaking such an iconic piece of british cinema, but I’m just thrilled that this amazing story will reach a new generation worldwide.

Watership will be available worldwide in 2017, outside of the U.K., on Netflix, and on BBC One in the U.K. But ff you cant wait that long Nothing is stopping you from buying the original film or reading the book. Both of which I would highly recommend.

All the world will be your enemy, Prince with a Thousand Enemies, and whenever they catch you, they will kill you. But first they must catch you, digger, listener, runner, prince with the swift warning. Be cunning and full of tricks and your people shall never be destroyed. 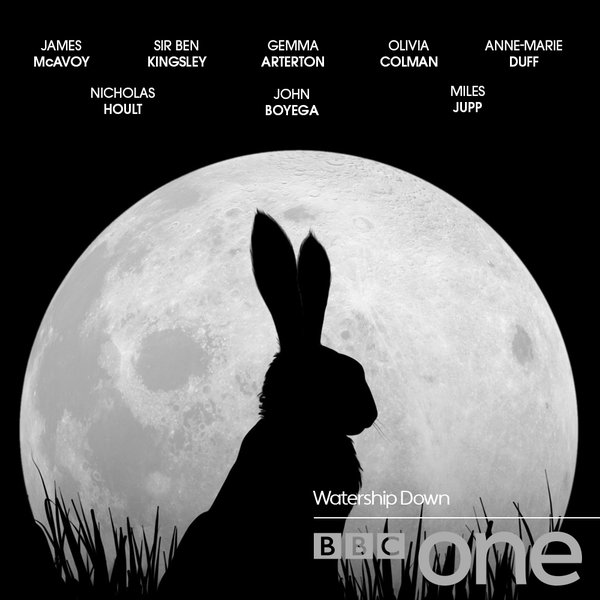