In my opinion, the 80’s was the biggest era for horror. It produced the most infamous and influential films in history, such as the Shining and the Evil Dead. It also saw the spawning on the horror franchise, with Halloween, Friday the 13th and Nightmare on elm, producing a number of squeals. The gore was in camera, the work usually experimental, and it was all good. Compared to modern films, the 80’s was the Gold era of Horror.

One aspect that I always found quite amusing , was the use of original songs, usually written especially for the film. They would played on the credits crawl, were usually rock songs and would often use the title name in a cringe worthy attempt of tying film and song together.

Well Judge for yourself, here’s a number of original songs, in no particular order. Some good, some bad, you decide.

Total Recall is a 1990 science fiction action film starring Arnold Schwarzenegger, directed by Paul Verhoeven. It is widely considered to be one of the most influential action films of the era, and has since become a cult classic. It is a thrilling, action-packed film...

Not every movie ends up exactly like the original screen play. Scripts are constantly being adapted and changed, new ideas are brought up, and things are cut out for one reason or another. Sometimes it’s because they don’t fit with the current pacing or tone, other...

Blu-Ray discs were a big upgrade from the DVD format when they first came out, offering more resolution and greater clarity on screen. It also offered up new opportunities to distributors to re-scan and edit the films into 2K & 4K films, leaving the days of...

Trailers are an important marketing tool for a movie. They need to attract the audience and sell the movie in about two minutes. Every trailer has a challenging task of setting up the story, giving us some insight into the characters while also leaving something to... A good sound track can make and break a film, but one of the more overlooked choices is the credit or end film song. We look at a series of perfectly selected songs, that played as their films came to a close. (Warning Horror Fans, there are spoilers ahead. )Scream -... 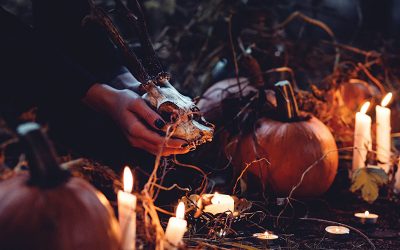 Last year we highlighted the value of a good solid horror playlist for your Halloween shindig. After all, your party is only as good as your atmosphere, and what Horror Fan wants to be dancing around to the Monster Mash all night, when they could be enjoying the blood...