I’ve been a gamer since the tender age of two, and I’ve watched as the industry has grown. From bouncing a pixel ball in Pong to blowing the heads off super mutants in Fallout 4, I’ve been there every step of the way. One of the stand out moment in my gaming history was playing Resident Evil for the first time. It made me realise that games had evolved in to something much bigger than any of us could have realised. Whilst games had been telling linear stories for many years, Resident Evil made the entire experience terrifying.  Survival Horror is now a modern staple in the video game industry, and that made wonder about horror games evolution. What were the key points along the way to horror games as we know them today? Here we look at the earliest horror games and how they evolved over a decade, from 1972 – 1982.

Purist would complain if I did not add Killer Shark as one of the earliest horror games. Killer Shark is a first-person light-gun shooter arcade game that was published by Sega in 1972. The objective of the game is to shoot the approaching sharks, which are projected on to the playing field via a series of slides on a wheel. The electro-mechanical hunting game become hugely popular after showing up in Jaws. An identical Sega game called Sea Devils, saw the sharks replaced with manta rays.

By using projections rather than relying on limited pixel graphics, Killer Shark presented the player with the opportunity to shoot real looking sharks, which writhed and bled when shot. Whilst the shark could not attack the player, it was nonetheless intense for the player who had limited time to rack up the highest score.

Death Race was the first arcade game that took a more adult tone. Whilst previous games had all dealt with colourful creatures attacking the player, Death Race turn the tables and made you the bad guy. The players control an on-screen car with the objective to run down screaming “gremlins”.  The cabinets graphics showed muscle cars racing through a cemetery, driven by cloaked skeletons. However, it was the in game graphics that provoked media criticism, as the stick figure gremlins more resembled people than anything else. Also considering the games working title of Pedestrians, it becomes clear that the game was sitting firmly in the murky parts of the human psyche and defiantly not something you’d want your kids playing. It was this type of blue sky thinking, of pushing the boundaries of a medium, that started the wheels turning on real horror games.

Mystery House was the first graphical adventure game to be released and paved way for survival horror.  The game takes place in an abandoned Victorian mansion, where the player finds themselves locked inside with no other option than to explore and find a hidden cache of jewels. Mystery House was basically a text adventure game that used narrative to build tensions, turning a basic treasure hunt into a murder mystery, as you started to discover bodies around the house. It may not much like much now, but this was powerful stuff. These were not just random bodies turning up, these were people you had previously met. The player’s decision in the game felt like they had weight, that your choices made impact. The venture led you throughout the game on a hunt to uncover the killer, get the jewels and escape the Mystery House.

Graphically, Haunted House is a really basic. But it was the games marketing that see’s it firmly in our list.

Early video games often had elaborate cover art, to compensate for the games basic graphics. Though it might be seen as misleading by today’s standards, but this was common practice at the time. The better art a game had, the more you expected from it. Haunted house was one of the first to feature an adult theme, with fear filled eyes floating on the cover. Appropriately enough, you played as a pair of floating eyes as you tried to avoid being hit by spiders, bats and ghosts.
You navigated the haunted mansion to recover pieces of an urn. You could discover items by lighting a match, which would illuminate anything in the room. It was a clever mechanism that was used to great effect in later levels. As the game progressed, it become darker and require the match to be lit to see the walls. The game itself was the first examples of survival horror, as the game challenged you to avoid the creatures the roamed the mansion, rather than confront them.

Slightly veering off the dark path for a second, I thought it would be appropriate to add a handheld entry into the list, in particular the toys created by Bandai in the early 1980’s.

The LCD Solarpower were a series are handheld electronic games powered by solar energy, made by Bandai in 1982. The first series included games such as Invaders of the Mummy’s Tomb, Escape from the Devil’s Doom and Shark Island, whilst the second series include the most famous version called Terror House. Whilst Nintendo were making more kid friendly titles for its  Game & Watch series, Bandai went for more exciting adult themes. Whilst they did little to influence the future of horror gaming, they did bring the themes to a larger demographic of people. Video Games were still the things of young geeks and enthusiast, whilst handheld games appealed to a much broader range of kids and adults.

3D Monster Maze was made for the Sinclair ZX81 and puts the player in a randomly generated maze with a hostile Tyrannosaurus rex hunting them. The game is played from a first-person perspective, where the player must traverse the maze and escape through the exit without being eaten. What makes 3D Monster Maze such an engrossing game, is its relentless villain, who stalks you whilst you explore the maze. Weaponless and with the inability to move backwards, the game was quite intense, as every turn could see you face to face with the T-Rex. Having the simple text prompt ‘RUN he is behind you’ pop on screen was fear inducing, as you scramble to out run the creature, hoping not to hit a dead end. The games emphasis on navigation and evasion made the experience that much more enjoyable. Years later games such as Resident Evil 3 and Aliens Isolation used the same core concepts. Being hunted, whether it be by a giant mutant, and an alien or indeed a T-Rex, is simply terrifying.

Keep an eye out for our next part of our Horror Video Game History, where we will be looking at film adaptations and some classic horror platformers. 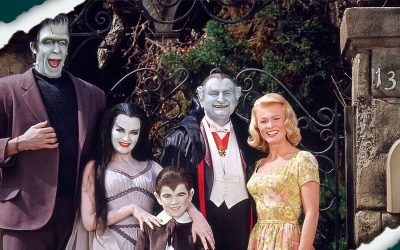 Rob Zombie’s ‘The Munsters’ Might go Straight to Streaming Platform

The new film may go straight to Peacock. 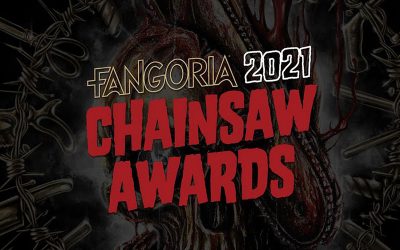 The yearly awards event took to an online only format for it’s 2021 show. 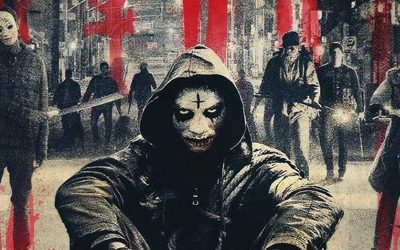 ‘The Forever Purge’ to release in July

The fifth film in the purge franchise has nailed down a firm release date. 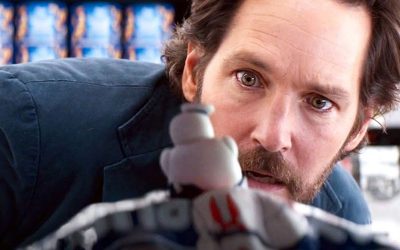 The Pufts are out of the bag and halfway down the isle in this new clip.