It’s not often I find myself writing about a children’s movie on the hallowed pages of this website. I find the idea of such a film sitting in-between articles about blood sucking vampire and killer clowns quite amusing. Nether less, here I myself writing about a children’s film in the knowledge that our constant viewers might furrow a brow or two, but with good reason. The stop-frame animated film Coraline is nightmare fuel.

Brought to life by Britain’s foremost writers of fantasy and graphic novels, Neil Gaiman, Coraline is dark story about a young girl with bright blue hair called Coraline Jones, who moves from Michigan to Oregon with her parents. Upon moving into her new home she discovers a small door that leads to a parallel universe, one that is basically just a better version of her real life. But it’s one that grows more darker, as Coraline discovers the true nature of her new world.

Gaiman’s inspiration was drawn partially from an obscure 19th century story by Lucy Clifford called ‘The New Mother’, which saw a pair of naughty children lose their kind, loving mother, only to find her replaced with a monstrous new one. A creature with glass eyes and a wooden tail. This dark story had stuck with the writer for many years, and Coraline bares the marks of his childhood nightmares.

The film was stop-frame animated in an eerie style that surpasses even Tim Burton stop-frame antics (yes yes, put your pitch forks away!). The company behind the animation was Laika, and in all probability, they probably had intended the film to be for adults rather than children anyhow. Much as Gaiman’s much darker work is enjoyed by adults, young adults and children alike, Coraline sits in a space between kids and adults, with either side taking different elements. But one thing is for sure, when it hit theaters way back in 2009, it made a huge impact on those who watched it, and it continues to grow in popularity. But the biggest pull for fans, is it’s villain, the Other Mother.

When Coraline first meets her Other Mother, a button-eyed doppelgängers of her mother that appear more attentive and caring, she is warmly drawn to the affectionate manner of this alternate parent. But with each visit, the warm demeanor starts to thaw. When the Other Mother suggest that she could stay forever, on the condition she has buttons sewn over her eyes. It’s pretty dark stuff, and one that plays very much into body horror. Here, Coraline is asked to permanently maim herself, sacrificing her sight, for a better life.

As it turns out, this Other Mother is really a witch called Beldam, and a she’s really horrible one at that.  This shape-shifting creature steals kids eyes and souls, and locks them inside mirrors. The whole witch thing is an interesting turn considering old fables use of such motherless characters. Hansel and Gretel, Snow White and The Little Mermaid are all motherless characters tortured by a wicked witch, an “other mother” of sorts. You could say that the witches are reflections of the loving mother these characters should have had, much like Clifford tale of the glass eye and wooden tailed monster the kids swap for their doting mum.

We learn very little about Bedlam throughout the run of the film. Gaiman’s novel also keeps her past very much a mystery, with even the know-it-all black cat being none the wiser on the witches history. What makes the mystery even creepier is her lack of a solid identity. We have no idea what she looks like. However, in this story, she looks a lot like Coraline’s mother. Her skin is paler, her figure thinner and her fingers are way too long and end in sharp red fingernails, but at a simple glance, it’s definitely mom, just with buttons for eyes. Appearances aside, Bedlam is somewhat two-faced, on the one hand cooking up breakfast and giving out cool toys and clothes, and on the other she’s manipulative and intimidating.  And it’s with her skills of manipulation that she’s able to craft worlds that deceive those that step into them. Think of her like a female Freddy Kruger, just with more power.

Whilst Beldam has the abilities to create entire worlds, it seems that there’s more than a little chaos at play here too.  She does not appear to be able to complete control the created life, with some of her creations even disobeying her. In Nightmare on Elms Street, Freddy simply glamour’s himself into other forms. He can be a nurse, a little girl or even Zsa Zsa Gabor, but underneath, it’s still the dream demon. The Other Mother’s power is lot more complex. She can conjure up sentient beings, ones that take on any form she chooses. However, It seems that in all her power, she’s unable to effect free will, even that of the lives she creates. In fact, the entire films premise could be seen as a statement about free will, and our own choices that make our future. Good and bad, we reap what we sow.

The Other Mother is a horrific interpretation of so many fables and stories that we read as kids. Remember the tale of The Wolf and the Seven Young Goats, how he fooled those young pups into thinking he was their mother, or how Snow White was tricked into eating the apple by a disguised witch. We are taught as children to fear strangers, not to take  things from them, but when these dangers arrive as the people we know and love, even if something is off, our gut instinct is to treat them as the person we know. It reminds me of the Body Snatchers, no matter which version you watch, these doppelgängers wander around looking and acting like the person they have become , but there’s something not quite right. Something hard to pin down. Having buttons eyes should have been the red flag alert of danger.

But the story also plays into what we want over what we have. Coraline abandones her boring, hum drum life for something more happy and bright. It’s the life she wants, one in which Beldam plucks from her mind to lure her in. But, Much like the classic tale of the monkeys paw, there are always consequences to having our wishes granted. With Coraline, they come at steep price, your sight, your life and your soul. So be grateful for the things you have and never take the people you love for granted, because you never know, they may gone tomorrow, replaced with a glassed eyes beast with a wooden tale and a sour disposition. Or maybe something the same but different. Something that looks and sounds like your loved one, but they have buttons for eyes!

Did you enjoy the hidden horrors of Coraline? Let us know in the comments below or on Facebook, Twitter, or Instagram! You can also carry on the convo with me personally on Twitter @Lallen_UK 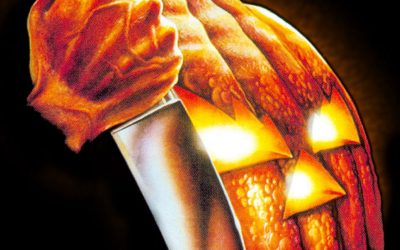 Halloween – Anatomy of a Franchise

In Praise of Shadows looks at the Halloween franchise and breaks down why it’s still grabbing fans. 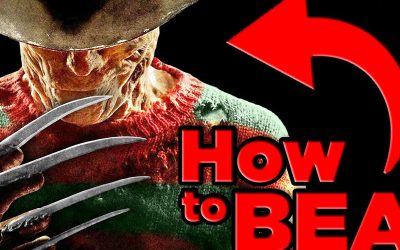 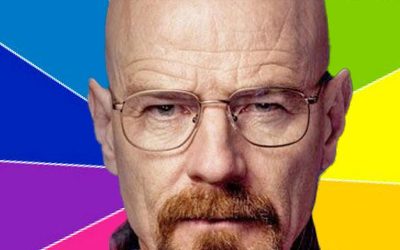 How Breaking Bad Brilliantly Uses Color to Tell a Story

The use of colour in TV and film.

“Hello Horror Fans – Well now, I don’t know WITCH is more scary, the Other Mother’s POWER to create or her seeming HATRED of children. Either way, I wont be HANGING around to meet her personally. Until next time…