Every gamer knows the feeling of losing. Whether your were cobbled by a fireball, or just miss-timed a long jump, dying can be a huge hassle. Our 8 bit heroes sometimes need a little helping hand, and it often comes in the form of power-up, items that bestow abilities and health. However, not all power-ups comes packaged in boxes and bequeathed by old men, sometimes things get weird. And that is what we are looking at here, in our little list called The Weird World of Video Game Power Ups!

I may not be a doctor, but I can tell you that smashing your head into a fully working TV is quick way of getting a hospital visit. Yet, our favourite blue hedgehog, Sonic, insists it on smashing into the damn things almost every other second. The boob tubes in Sonic’s world are a mystery to behold, and for some crazy reason, there’s good stuff inside! From power shields to invincibility cloaks. Some crazy persons wiring these TVs with all sorts of things. And if that’s not weird enough, they just seem to be sitting there, out in the wild, like a crazy technological plant. They might not have anything but static playing on them, but at least you’ll know where to look next time you lose your shoe!

When the police just aren’t doing the job, it’s time to take matters into your own hands. And if that means beating an endless wave of generically named bad guys, then that’s just what you’ll do. But endless pounding your fists into knife wielding gangs can get pretty tiring and nothing says nourishment like a good old fashioned can of coke, a juicy apple and a cooked chicken fresh out of an over-turned garbage bin.

Yep, Streets of Rage takes the five second rule and smashes it in it’s stupid face, as these guys grab pretty much anything off of the floor; no matter if they are on a beach, street or dingy alley, and jam that sucker into their mouths. Axel and co aren’t the only ones eating off the floor, as side-scrolling arcade beat-em ups all share this nasty habit. From the Teenage Mutant Ninja Turtles picking up trash pizza, to Simpsons snacking down on random burgers handed to them by strangers, And chicken, there’s always a plated, fully cooked, chicken!

We all know drugs are bad (mkay), but some of our favourite arcade heroes have been knocking them back for decades. Take Pac-Man for instances, it’s always been a long time understanding of gamers, that P-didz is on the crack! These little yellow power pellets he knocks back turns him into a raging, adrenaline fuelled, ‘roid machine! He’s not the only one too, even Mario couldn’t help himself when it came to meddling with pills. Forgive me if I’m wrong, but I don’t believe Mario is a real qualified doctor, and those pills he’s peddling could contain anything!

Talking about putting strange substances into your body, the muscle bound heroes of the Golden Axe series have much more than giants and dragons to worry about. The terrible trio like nothing better than to guzzle down, strangely glowing, blue bottles. Their literally could be anything inside there and considering their only source for these concoctions are tiny midget thieves, I’m guessing it’s full of Elf piss!

There are many types of mushroom to be found out in the wild, but It’s highly recommended in not picking your own, a some can be deadly. Mario doesn’t give two hoots about that, and happily munches on any old fungi he can get his gloved paws on. And whilst most people may find them selves with stomach, cramps, diarrhea and vomiting, Mario manages to channel the power of Alice in Wonderland, growing to huge sizes where he can stomp on and throw fireballs at innocent wildlife. Clearly some sort of hallucinogenic, Mario really spends the entire game, rolling around on the floor, gurgling like a baby and making kissing noises as he fantasies about saving damsels in distress.

If I was to pull a beating heart out of a wooden chest and hold it above my head in victory, it would be a scene out of a horror movie! Yet when young Hylian Link does it, everyone coos in delight, as wonderful music fills their air. When I do it, the only sound is the screams of terror. Look, it’s damn weird to be pulling out body parts from chest, and this one always really struck me as odd. Link is not the only one pulling organs from chest, Binding of Isaac, Various Mario games and many other heroes all like feasting on hearts found in various containers. When you think about it… it’s truly disturbing behaviour. 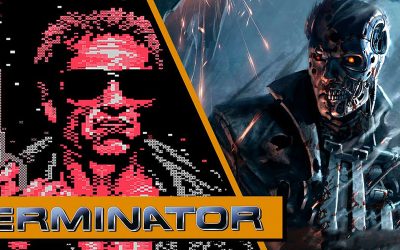 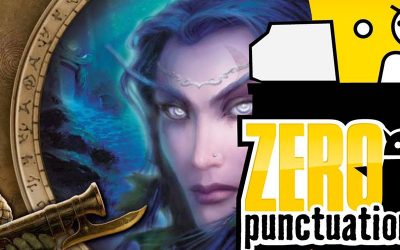 “Hi Horror Fans – Now I’ve pulled a few body parts out of wooden chest before, but I was never rewarded for doing so. In fact, the last time I did this, I was tasered and dragged back to the asylum! So what do you think horror hounds? Did this horrible little article tickle your funny bone, or did it tare you up inside? Maybe we missed some good stuff, so why not tell us all about it in the comments below.