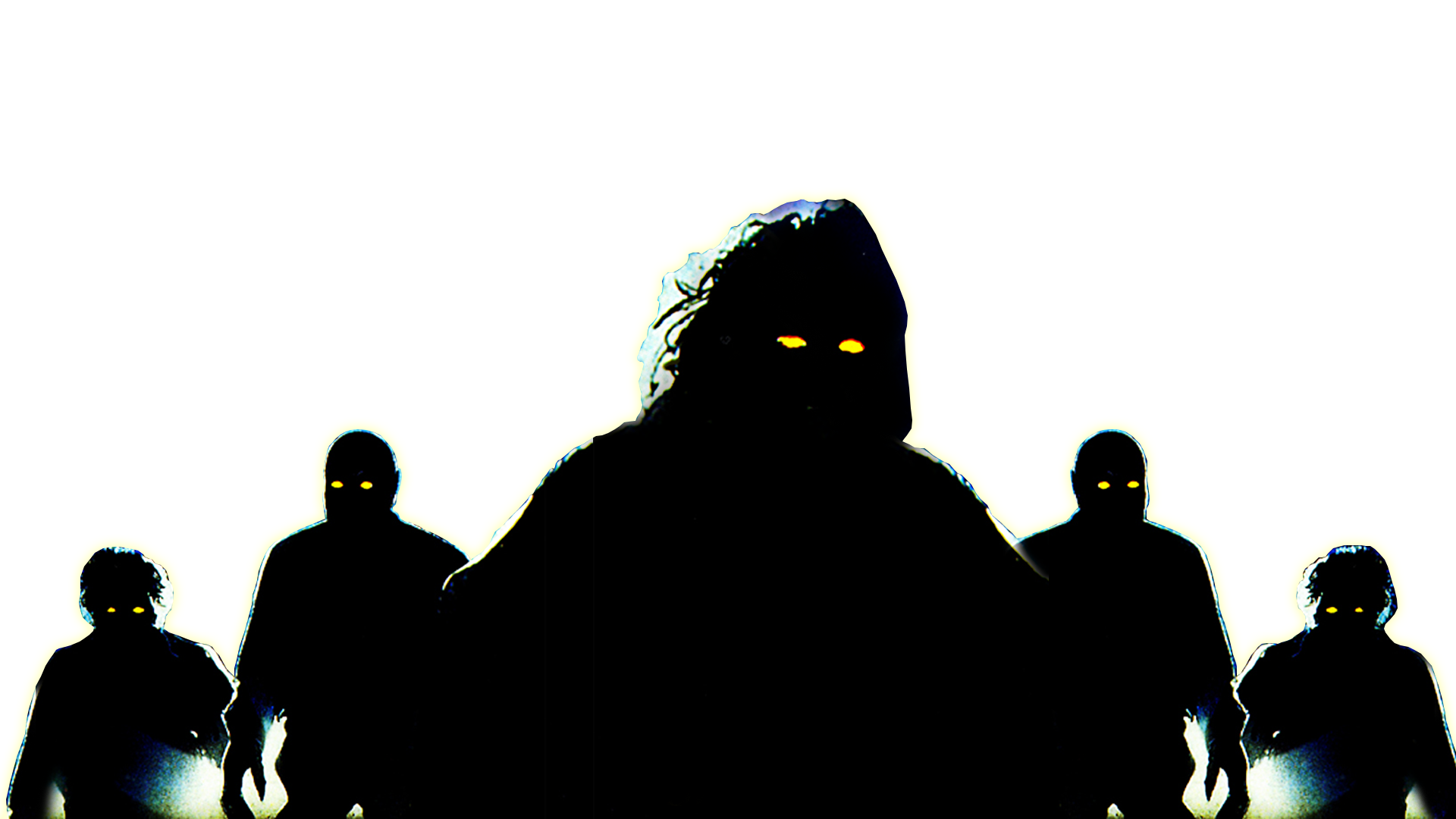 It would be easy to think that a large part of the day, for our favorite horror villains, is spent on killing scantily clad teens in increasingly creative ways. But my lovely horror buddies, you would be wrong, as the actually killing part is only a minute percentage of our killers working day. A huge chunk of their time is spent on chasing those little rascals down. For some of these grotesques, it’s actually the fun part for them. Yep, whilst the joy is in the gory death scene, the thrill is in the chase. And that is what we are looking at today, those glorious chase scenes that pit the foes against victims in glorious cinematic fashion. Here is Killing Time – 10 of the Best Horror Chases.

Demons sets it’s scene in a recently renovated cinema, which is where prostitute Rosemary (Geretta Geretta) unwittingly infects herself with an ancient demon mask. Transforming into a frothy mouthed, razor clawed, demon, she embarks on an epic horror chase which she sadly loses.

Fellow call girl Carmen (Fabiola Toledo) manages to catch the ire of her now transformed friend, which send the clawed menace grabbing at chunk of flesh from around the poor girls neck. Carmen breaks free from  Rosemary’s grasp and is chased through curtain sprawled passages, the demon hot on her tail. Escaping into a hallway, Carmen jukes the encroaching monster, by slipping into a side room. Rosemary pauses for a second outside the room, in a glorious moment of cat and mouse, but heads past, leaving Carmen to succumb to her demonic inducing wounds. It’s an intense and quite frightening sequence. Rosemary’s pause outside the room is a wonderful shot that always put you on edge.

An American Werewolf In London (1981) – Wolf vs Gerald Bringsley

London is suddenly ravaged by a werewolf when David Kessler (David Naughton) is bitten by a Yorkshire werewolf and shipped off to the big city, in An American Werewolf In London. In his first night of chaos, the werewolf manages to find itself way deep down in the London Underground. The mild mannered business man Gerald Bringsley (Michael Carter), encounters the beast in the long winding tunnels of Tottenham Court Roads Northern Line. Masterfully directed by John Landis, the scenes start with building the tension, as Bringsley at first questions what he sees as a prank, before full on panic erupts, sending him sprawling up escalators in an attempt to escape. Taking it’s cues from Jaws, most of the werewolf shots are POV, with only a brief glimpse of the beast, to let audience realise that , yes, this thing is pretty damn terrifying.

Danny Boyle’s 28 Days Later had a huge impact on horror films, reviving the zombie genre and making fast zombies widely accepted. It sequel, 28 Weeks Later, lacked the more personal and melancholy feel of its predecessor, but still received financial and critical success.  Whilst it was not as impactful as the original, it did start with a whopping bang, with a terrifying chase. Don (Robert Carlyle) and his family are held up in a cottage outside of London, but when the infected turn up, he abandons everyone and legs it across the countryside. With more and more infected joining the chase, it’s an incredibly tense moment in an otherwise OK film.

You could pick any number chase sequences from the Friday the 13th films, they all pretty much run the same formula.  It starts with victim being chased through the woods, escaping from Jason Voorhees, and then the masked menace popping up at the last minute to savagely murder them. Last girl Chris Higgins (Dana Kimmell) jazzes up the who shindig by throwing a van into the mix. Narrowly escaping Jason in a house, she jumps from a window and drives off down the road. But this being a slasher movie, the Van runs out of gas, and Chris decides to head out into the woods (yay), rather than the keeping to the road. She heads down into barn, with Jason close behind, for the final showdown. It’s interesting, and different, and a great example of how bloody quick Jason is at catching up to people.

It’s fair to say that The Evil Dead franchise’s success full somewhat on the shoulders of it’s protagonist Ash Williams (Bruce Campbell). The chiselled jawed hero is hugely entertaining, whether he’s fighting of furniture or leading armies into battle. It’s for this reason that Sam Raimi amped up his personality in the semi-remake Evil Dead 2: Dead by Dawn. Now armed with more one liners a night at a comedy club, Ash finds himself in a chase throughout the cabin, with the Evil Dead right on his back. The entire sequence is played for laughs, with Ash looking back over his shoulder at the POV shot of his pursuer, with varying degree of fear on his face, before juking the entity entirely, leaving it slouch back outside into the woods.

Another great slasher series, Scream, comes as a parody of the horror genre. It’s a franchise whose entire premise comes from the cat and mouse trope, that being of the contrived action involving constant pursuit, near captures, and repeated escapes. These escape coming almost entirely at the killers ungainly attacks. It’s never quite clear if the killers clumsy actions are a ruse to give the survivor time to escape, or if the killers actions are just blundering. One thing is for sure, is the Ghostface loves to play with his food. A great example of this is the Gale Weathers (Courteney Cox) attack from Scream 2, where he seems to know exactly where she is, but gives her plenty of time to get away. This sequences also showcases Wes Craven’s love of the bait and switch camera movement, which shows you one thing but then it changes in a short pan. It’s a master craft exercise in suspension and cinematography.

Sometimes, the thrill of chase isn’t in the hunt! Sometimes it’s in the journey. And no journey is more epically taken than Sarah Michelle Gellar’s character Helen Shivers, who finds herself on a long game of cat and mouse against the mysterious Fisherman killer, in I Know What You Did Last Summer. Having just witness the brutal murder of her boyfriend, Helen is being escorted home by a police officer, when he’s lured into an alley and murdered. Helen escapes into a store and is chased upstairs. Trapped, she finds a pulley system that leads up to the third floor and narrowly escapes the swinging hook of the killer. She escapes the building through a  window and into the alley below. Running through the alleyways, she navigates herself onto the streets where a parade is being held, but is grabbed at the last minute and killed, her screams drowned by the revelry. It’s masterfully shot, with plenty of tension giving to every angle and transition. The camera hangs on each scene, making you feel uneasy about what’s around the next corner. But it’s hard to argue that the entire thing could be cut short if only the killer was a little faster!

The Evil Dead series may have slipped firmly into comedy territory throughout it’s span, but the original is a much more dark and eerie beast. One of the darkest scenes in the film so happens to feature a bloody chilling chase that is haunting as it is thrilling. Stuck in remote cabin, Cheryl (Ellen Sandweiss) breaks the horror rules by going into the woods to investigate strange noises. She gets attacked, stripped, pinned to the ground, and raped by demonically possessed trees. Yep, it’s pretty graphic and terrifying stuff! Managing to break free from the amorous plant life, she runs screaming back to cabin, only to find herself pursued by an unsees darkness in the woods. The camera cuts to a POV with a horrendous, bloodcurdling screaming noise that only we the audience can hear. With a haunting sound track playing over the top, the chase has all the hallmarks of an epic horror chase, including a fall and jump scare save.

The Shining – Jack vs Danny

Say what you will about Stanley Kubrick’s awesome adaption of Stephen King’s novel, The Shining , but you can’t deny that’s it’s a pretty terrifying experience. From blood filled lifts to Jack Nicholson’s manic hatred towards doors, the film is just oozing with foreboding. Our chase moment happens at the end of the third act, as Nicholson’s Jack Torrance pursues his young son Danny (Danny Lloyd ) through the overlook and into to the snow filled maze outside, a bloody axe grasped firmly in his hands. It’s horrifying, partly because of Nicholson’s performance, but mostly down to Kubrick’s pacing. He slows it down for tensions and speeds it up for effect, culminating in Jacks frozen screams as he realizes that Danny has escaped.

A killer chase doesn’t just have to be means to an end, it can also be set up as huge set piece which pushes the entire plot along. This is one of the major elements that sets the entire Halloween franchise apart, as Michael Myers hunts his prey relentlessly with little distraction. Laurie’s chase from the original Halloween is pretty epic, but it pales in comparison with the scale of Halloween 4’s conclusion.

Michael Myers wants to kill his young niece, Jamie Lloyd (Danielle Harris), and he breaks into the barracked house in which she is being held by the locally police. After dispatching the armed officer, he chases Jamie and her teen step-sister Rachel (Ellie Cornell) up in to the attic. Trapped with nowhere to go, Rachel climbs out onto the roof, with Jamie on her back. Michael pursues, stabbing at them as they all cling to the unsteady roof tiles.  Jamie is lowered down safely, but Michael attacks Rachel and knocks her off the roof. The chase continues down the road and in to the local school, where Michael is thwarted by Doctor Loomis (Donald Pleasence). The chase doesn’t even end there.. as  Jamie is bundled in to truck to escape the killer, only for Michael to go all Cape Fear on us and hides underneath the moving vehicle. It’s an intense sequence, broken up with only short moment of repose, just for Michal to jump up and start the chase again.

“Hello Horror Fans – KILLING is thrilling but chasing is divine! That’s what an old psychotic pal of mine once told me moments before they threw the switch on him! Good times to be remembered. I do love a good run though, and in these times of quarantine, we need all the cardiovascular EXORCISMS we can lay our grubby little CLAWS on! So why not do some of your own by venting your RAGE in the comments below, or head on over to TWITTER or FACEBOOK and shout at us there. IT makes no difference to me, i’ll be ignoring your either way! Until next time folks… 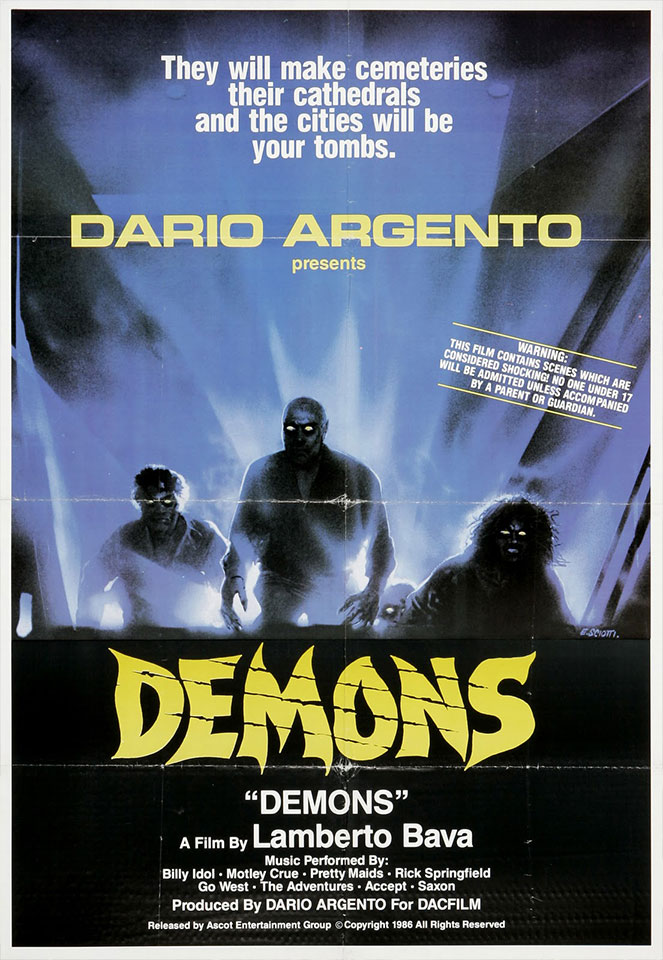 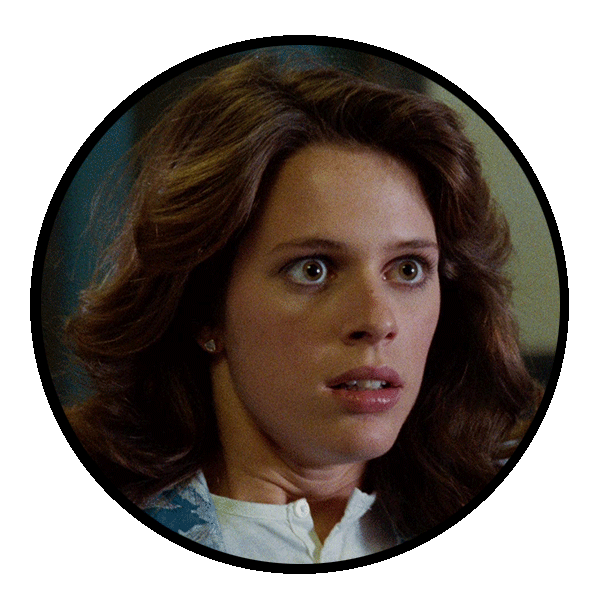 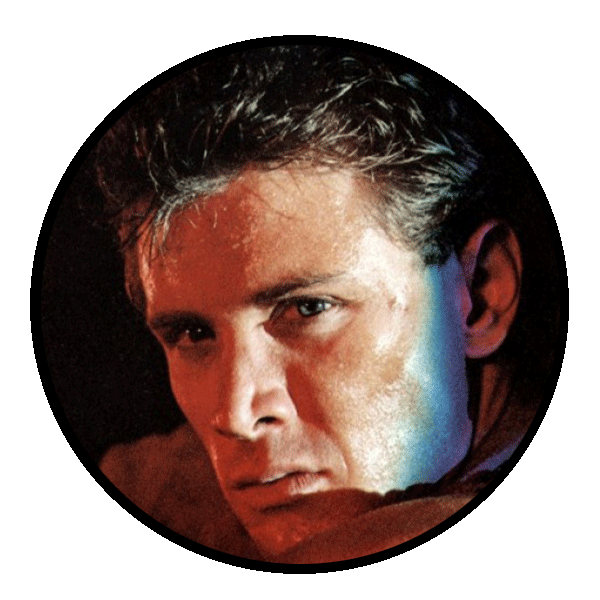 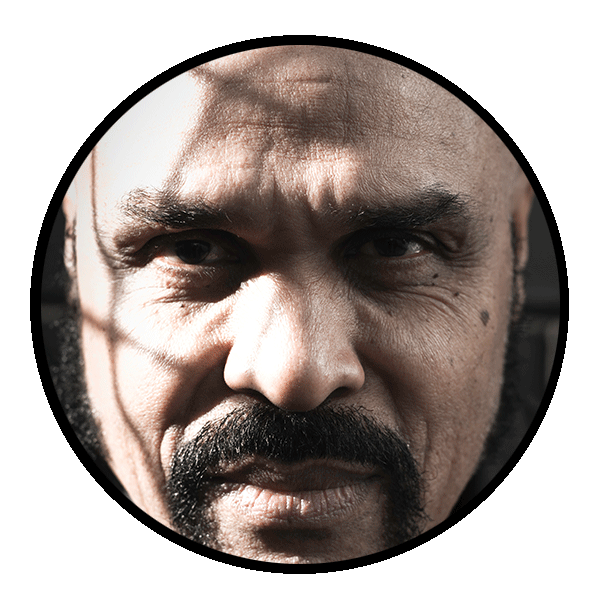