With home hubs such as Amazon’s Alexa and Google Home it’s easy to get used to things talking back at you. But looking back at some of our favourite Science Fiction films, we often forget that all those computer voices chatting away were provided by actors and were not computer generated. And so, we look at some of Sci-Fi’s most loved computers and the actors that gave them life. Here are The Actors Behind your Favourite Sci-Fi Computers.

“That is the name of the object: Ankh. Do you identify this word? Sanctuary?”

You may have thought that voices actors have the easiest job on set of a film, but that’s not the case in the 1976 Sci-Fi film Logan’s Run.

The dreamy toned Central Computer, that runs the domed dystopian future society, was voiced by an actress named Lara Lindsay. Lindsay also had an acting role in the film, she played the runner who Logan 5 allows to flee and whom Francis 7 later kills. But this was not the only job for Lindsay! She also worked as the films producer’s assistant, meaning she was probably one the busiest woman on the production! Despite getting credit for her Runner and Assistant position, as the closing credits roll, Lindsay’s computer voice is sadly uncredited! However, we will forever remember her for her wistful and seductive tone as she asked us to “Identify”.

The 2.1 terabyte AI mainframe MU-TH-UR 182, affectionately called “Mother” by the crew of the USCSS Nostromo, has some pretty devastating flaws. Apart from waking its crew early so they can become carriers of an alien parasite, Mother also forgets how to count, as Lieutenant Ellen Ripley finds out when she tries to shut down the automatic destruct sequence. But to err is human and Mother was voiced by one…and a funny one at that.

American actress Helen Horton, who regularly appeared in popular TV comedy programmes such as the Benny Hill and Dick Emery Shows, lent her vocal tones to the cast of Alien, as she wrapped her voice around Mothers circuitry, calmly declaring that the ship would destruct in T-minus ten minutes. Well thanks for the heads-up Mother, but I switched the cooling units back on… you bitch!

The Master Control Programme (MCP) is the greedy, self-aware computer system, that had eyes on world domination years before Skynet even amplified its first transistor. As the central protagonist of Tron, the large spinning top styled system was brought to life by the wonders of 1980’s special effects technology, to which we mean it was a big red spinning things with a face.

Whilst the MCP’s chess program appearance was played by Barnard Hughes, the computers booming voice was provided by Emmy Award Winning actor David Warner, who starred as the films other bad guy Ed Dillinger/Sark. Warner yet again cements the fact that he’s not only one of the greatest Villain actors of our time (and the greatest Bob Cratchit) but also that he’s fully capable of playing two villains in the same film, without the audience even knowing it! God bless you David Warner…everyone one of ya!

“You’re all going to die down here.”

Despite its lack of coherence between films and bearing little with its source material, Resident Evil has managed to be a profitable series, which has produced six feature films filled with gun toting action, fiery explosions and more zombies than you can shake a machete at. One of its earlier elements was the Hive, an underground laboratory controlled by a central AI computer called the Red Queen.  The computer system has a personality based on a young girl called Alicia Marcus, the daughter of Umbrella co-creator Doctor James Marcus.

With the series spreading over a decade, it was a necessity to constantly change the actresses who played the Red Queen, who’s holographic representation and voice was that of a fast-growing child. Michaela Dicker, who has had a very short Tv and film career, voiced the sinister Red Queen for the first film (2002), with Megan Charpentier jumping in for Resident Evil: Retribution (2012) and Ever Anderson filling in for the final film, Resident Evil: The Final Chapter (2016).

Back in the original series, Majel Barrett-Roddenberry (Star Trek creator Gene Roddenberry’s wife) was heavily involved in Star Treks production, gaining the name “the First Lady of Star Trek” for her dedicated contribution to the show. Apart form a couple of on-screen roles, her biggest part was voicing the ships computer, a job she did for every live action, animated, televisions or cinematic version of the show, up until her death in 2008.  This made her the only actor to have a role in all six televised Star Trek series produced up to that time, with Star Trek: Enterprise being her last show. As the crew interacted with the computer throughout each episode, this means that Majel did a LOT of ADR for the shows. Now that’s impressive!

Danny Boyle‘s futuristic science fiction film, Sunshine, is a dark and terrifying look at space travel. But behind its dark veneer lies vivid imagery that manages to evoke a whole host of different emotions, making sunshine one of the bleakest and most beautiful Sci-fi films ever made.

The film follows the Icarus II, a heavily shielded spaceship ferrying a large nuclear weapon that will hopefully reignite the dying sun. The central computer, Icarus, is the concerned sounding computer which runs the ship. Its gently tones were provided by actress Chipo Chung, who is better known in the Sci-Fi community for her roles in Doctor Who. She played Chantho, who dies at the hands of Derek Jacobi’s ‘Master’ and also a fortune teller in the alternate time-line episode ‘Turn Left’.

Whilst the majority of what we saw of Ziggy was the multicoloured handset that Admiral Al Calavicci was constantly bashing, you actually heard her voice in almost every episode. Ziggy was played by Quantum Leap co-executive producer and a writer, Deborah Pratt. However, apart from a handful of episodes, Ziggy was rarely seen or heard. But that’s not quite accurate, you see Pratt also narrates the emotional opening of each episode. Yep, that was Ziggy! From season four onwards, we begun to see more of the projects facilities and finally got to hear Ziggy in context.  But before this, we had no idea that the opening voice was that of the flirty computer!

“Uh oh. Somebody cut the cake. I told them to wait for you, but they did it anyway. There is still some left, though, if you hurry back.”

There simply can’t be an article about voiced computers without mentioning one the best examples of it. And although GlaDOS is from a video game rather than a film, she is an amazing example of just how emotionally impactful a computer can be.

GlaDOS (Genetic Lifeform and Disk Operating System) is the central core designed to control, guide, and oversee the Aperture Science Enrichment Center in Portal. But she has one major flaw, she’s insane. Upon being switched on, GlaDOS killed most of its inhabitants by flooding the Enrichment Center with neurotoxin.

Reviving Chell, who players control, from a Relaxation Vault, GlaDOS forces the “test subject” to undergo more and more elaborate tests to further explore and understand the use of portals, all whilst GlaDOS belittles, annoys and distracts Chell from achieving her goal. Alongside the abuse, GlaDOS constantly dangle’s the prospect of cake, if Chell only finishes the tests. Juxtaposed against our silent heroine, GlaDOS provides the players with hours of hilarious dialogue and in the case of it’s sequel, Portal 2, some quite heartfelt moments as well. Bringing the annoying computer to life is opera singer and voice actress Ellen McLain. The actress left such an impression that Guillermo del Toro hired her as the voice of Gipsy Dangers AI in his 2013 action flick Pacific Rim, proving that she’s not a one trick pony.

The Heuristically programmed ALgorithmic computer is the big daddy of Computer voices.  With his passive calm tone and murderous intent, HAL has become one of Sci-Fi’s most loved (or hated) computers. But twisted somewhere between his voyeuristic tendencies and beautiful singing voice, is a sense of relation towards the computer. But the road to finding HAL a voice was not a simple one.

Originally Nigel Davenport, a renowned British stage, television and film actor, was hired as the HAL’s voice, and he was on set for the filming in London, reading his lines off screen. However, Stanley Kubrick thought that Davenport’s English accent was too distracting. So, American actor Martin Balsam were hired to re-record HALS lines as part of post-production. But again, when Kubrick heard his lines he wasn’t satisfied with the vocals. To satisfy his itch, Kubrick turned to Canadian actor Douglas Rain to help bring HAL to life. Apparently, Rain recorded the lines barefoot with his feet resting on a pillow to get the relaxed tone. And so it was that HAL was British, American and finally Canadian, in Kubrick’s search for the best maniacal computer voice. 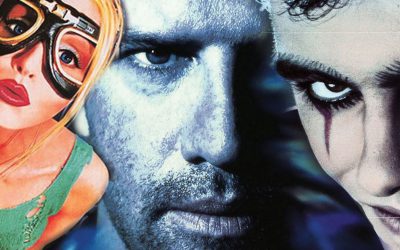 They Could be Awesome! 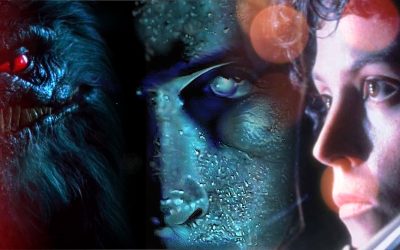 In space no one can hear you scream! 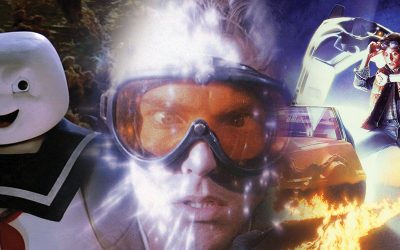 “Howdy Horror Fans – I remember the good old days when computers has less Ram than an UGLY sheep and would CRASH more often than a formula one racing driver. Now they were real computers. How did we measure up? Were there computers missing from the list? Hit us up in the comments below.